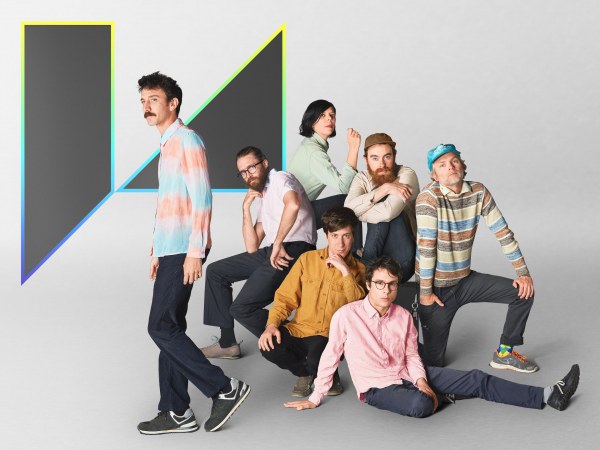 L.A. Takedown are today streaming their new album, II, in full. Listen to it now via Noisey HERE before its release on 12th May via Ribbon Music.

Led by Los Angeles-based composer/multi-instrumentalist Aaron M. Olson, the seven-piece band delivers a guitar-driven take on synth-pop that manages to nod both respectfully and irreverently at the genre's forebears while building something entirely new. Noisey has the album streaming in full, which you should definitely go check out. Before you do, however, you would be smart to observe Olson's advice on optimal listening conditions.

Courtesy of Aaron M. Olson, here are some instructions for experiencing II:

1) Turn down the lights, fire up a doobie, and get into this record.
2) Drive out on a desert road in the dead of night, roll down the windows, turn the heater on juuust enough, and blast this album.
3) Repeat option #2 but along a coastal highway instead.
4) Get some headphones on and suspiciously stake out a bank. (Please don’t actually commit any crimes.)
5) Have a special somebody over, light some candles, pour a couple glasses of red, turn on this album and see where the evening goes.
6) Put this album on, mute your TV, and watch the Planet Earth series.
7) Put this album on and think of things to do while listening to this album.

*for optimum listening experience please turn volume up to a high but comfortable level.

LISTEN TO II VIA NOISEY

In addition to a string of West Coast shows, L.A. Takedown will be celebrating the release of II with a special album release party at TOWN Pizza, Los Angeles on Friday, May 12. The event will feature an L.A. Takedown DJ set, limited edition L.A. Takedown pizza and screen-printed pizza boxes, and the new album spinning its entirety from 10pm.

11. The Most Crucial Game