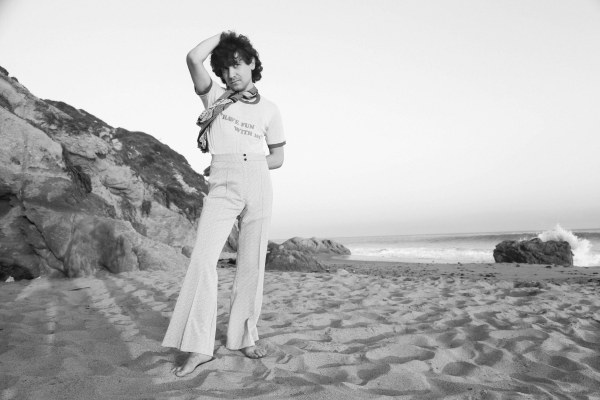 Harlequin, the debut album from LA-based singer, songwriter, and piano man Alex Izenberg is out this Friday, November 18th. Ahead of its’ release, the album is streaming in full via Hype Machine – take a listen HERE. In celebration of this Friday’s release, Alex will be performing an album release show at Non Plus Ultra in Silver Lake, Los Angeles, sharing the stage with Sister Midnight and Walter. More info on that can be found HERE.

Harlequin is a colourful, imp-like fantasy of a record, full of concealed charm and mischief - the personalities of its strings, the horns and the echoes of the myriad rooms in which it was recorded all coming alive as supporting characters in its winding plot. Yet for all this complexity it is also still a deeply human and relatable record at its core. Very much a hometown record, it takes its cues from the way in which fiction and reality are at constant play in everyday life in a city unlike no other; setting simple, universal tales of love, loss, grief and confusion against the heat, haze, magic and madness of the Los Angeles of Izenberg's vivid imagination.

Harlequin will be available on deluxe cherry red LP, limited to 300 copies, standard LP, CD, and digitally as of Friday, November 18th

Hot Is The Fire

A Bird Came Down

Waltz of the Roots

All We Are share new single & video “Bad Advice”