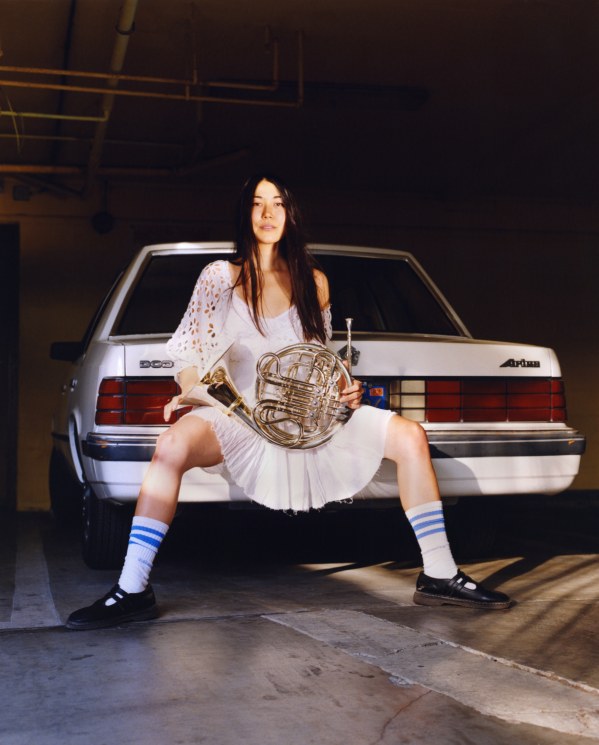 Having just wrapped an extensive US tour in support of Snail Mail, Los Angeles songwriter and multi-instrumentalist SASAMI returns with a new single and video, "Take Care".

Of "Take Care", SASAMI says, "everyone has a destructive, reckless side- however much they choose or allow the world to see it. The video for 'Take Care' is about embracing that destructive side of you and forgiving yourself. Even when you are lost and want to give up, loving yourself and forgiving. Also there's a little reminder to donate to RAICESTEXAS.ORG because once you help yourself, you need to help others."

"Take Care" is the A-side of a new digital 7" out today, which also features a new version of her song "Free", featuring vocals by Tim Presley of White Fence. Both tracks are available now.

"SASAMI is rock's next big thing." —The FADER

"the L.A.-based singer and songwriter Sasami Ashworth's initial songs possess an enviable effortlessness, as though her muse has its own lane on the aesthetic superhighway." —LA Times

"Ashworth's lyricism is razor-sharp... What's refreshing is Ashworth's unwavering sense of self, how it feels like she can see through the subjects of her songwriting with X-ray vision. It's an elegant feat from a promising young artist." —Jezebel

"Has the polish and assuredness of someone that's been honing their craft for a long while now." —Stereogum

"Has both an airy dream pop side and a heavier grungy side, and Sasami blends those sounds with expertise. It's really good, effortlessly enjoyable stuff." —Brooklyn Vegan