Today, Real Estate announce The Main Thing. Out February 28th on Domino, the brand new album delivers the band’s most inspired and self-aware set of songs to date, created over the course of a year at upstate New York’s Marcata Sound.

Following his work on 2011’s Days, engineer Kevin McMahon returns as producer, and, for the first time ever, Real Estate have brought in outside instrumentalists and special guests. Across the 13 interrogative tracks – as full of depth, strangeness, and contradictions as they are lifting hooks – the band balances existential, environmental, and political anxieties with fatherly sentiments, self-satirizing lyrics, forever-lively guitar lines, and shimmering strings.

After premiering on Sirius XMU and BBC 6 Music this morning, Real Estate have now released “Paper Cup” everywhere, alongside a Nick Roney-directed music video chronicling the final performance in the life of a giant animatronic squirrel named Chipper.

On “Paper Cup” and the making of The Main Thing, Martin Courtney says,

“Paper Cup is a song about getting older and realizing that this thing that I fell into doing over ten years ago - being a musician, writing songs, being a guy in a band - this may end up being my life’s work. Watching the people around me change and evolve, take on new challenges, and feeling sort of stuck in a rut, in a way. Feeling uncertain of the validity of being an artist in an age of climate change and general political and social unrest around the world.

It’s a song about questioning your chosen path in life and searching for meaning in what you do.

Those questions don’t really get resolved in this song, but ironically, the process of making this record - really diving deep and trying to make it the best thing we’ve ever made - reaffirmed in me, and I think in all of us in this band, why we are doing this.”

The Main Thing arrives with a fresh commitment the members of Real Estate - Alex Bleeker (bass), Martin Courtney (vocals, guitar), Matthew Kallman (keyboards), Julian Lynch (guitar, vocals), and Jackson Pollis (drums and drum programming) - have made to each other, 10 years and 5 full-length LPs into a career spent crafting unmistakable and influential palettes of sound.

Primary songwriter Martin Courtney explains, “Even before we decided where to record or who to record it with, I knew it needed to sound that good,” but as Alex Bleeker adds, “We discovered through the care and attention that we brought to this record that making music to resonate with other people is our catharsis. The ‘main thing’ is following your path of inspiration and hoping to inspire that in people around you.”

Real Estate will perform music from The Main Thing at 24 US tour dates and counting this spring. Full dates are below; tickets on-sale here.

The Main Thing will be available on CD, LP and digitally. A limited edition, gold-colored 2xLP – including a tip-on gatefold jacket with Bjorn Copeland’s (of Black Dice) collage piece mounted on the front cover – is available to pre-order below.

*with Palm
†with Meg Baird
#with Itasca 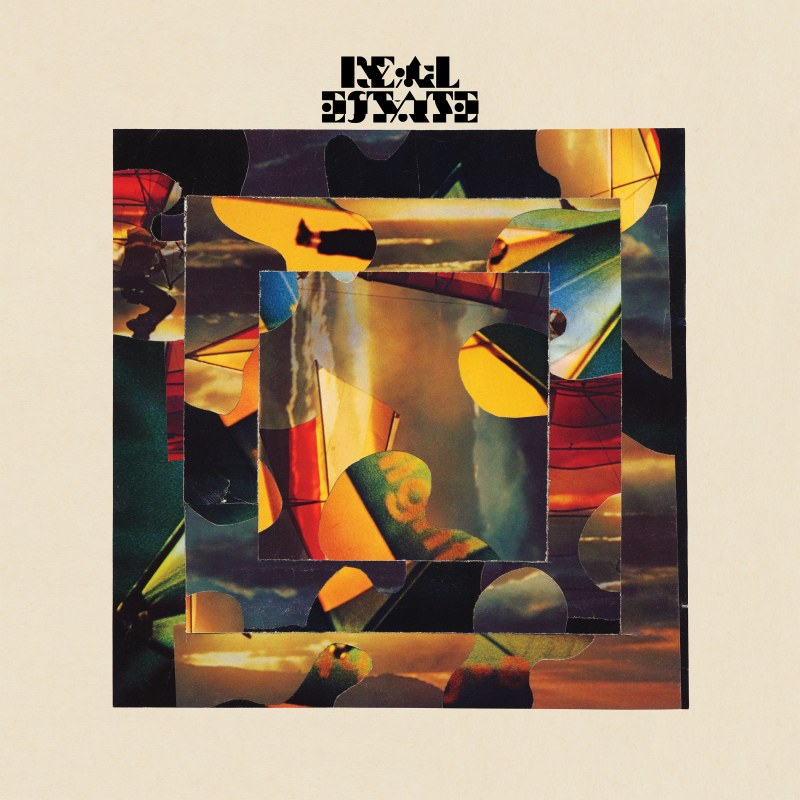 Over the last decade, Real Estate have crafted warm yet meticulous pop-minded music, specialising in soaring melodies that are sentimentally evocative and unmistakably their own. The Main Thing dives even further into the musical dichotomies they’re known for—lilting, bright guitar lines set against emotionally nuanced lyrics, complex arrangements conveyed breezily— and what emerges is a superlative collection of interrogative songs as full of depth, strangeness and contradictions as they are lifting hooks.

Over the last decade, Real Estate have crafted warm yet meticulous pop-minded music, specialising in soaring melodies that are sentimentally evocative and unmistakably their own. The Main Thing dives even further into the musical dichotomies they’re known for—lilting, bright guitar lines set against emotionally nuanced lyrics, complex arrangements conveyed breezily— and what emerges is a superlative collection of interrogative songs as full of depth, strangeness and contradictions as they are lifting hooks.