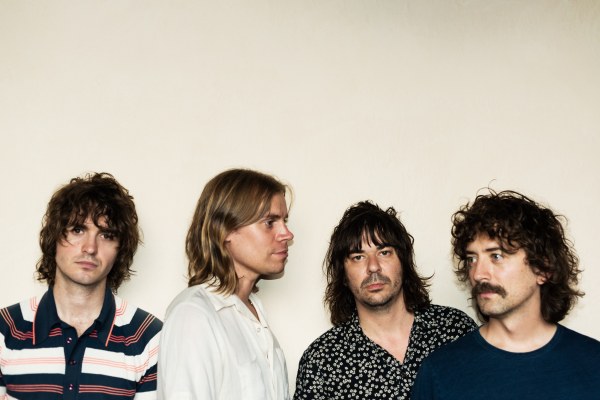 “Vulnerable Hours” is the second in a series of new singles to be released incrementally throughout the year, following the “psychedelic” (Under The Radar) “Fallacy Actually.” The track was written as part of NPR’s Song Confessional podcast, where songwriters turn anonymous stories and confessions into new, original songs, listen to the episode HERE.

Singer John Pelant says the track is “about one's forays into the app based dating lifestyle at age 70 after being recently widowed. It's based on an acquaintance's real experience. However, the video conveys a slightly different take on the song, that of one's vulnerabilities, inner demons, and insecurities during a first date gone awry. A tiny soap operatic trip to the market whilst lost in your head.”

“Vulnerable Hours,” “Fallacy Actually” and the batch of new songs that will follow were recorded at Pachyderm Studios outside of the band’s hometown with producer John Agnello (Kurt Vile, Alvvays, Dinosaur Jr.). These new songs showcase Night Moves further evolution as a band and as songwriters, still trading in massive pop hooks that somehow manage to convey a sense of yearning melancholy but with a sense of maturity and perspective in the arrangements that comes with time. Synthesizers sweep, the pedal steel swoons, the high lonesome harmonica calls across a distance.