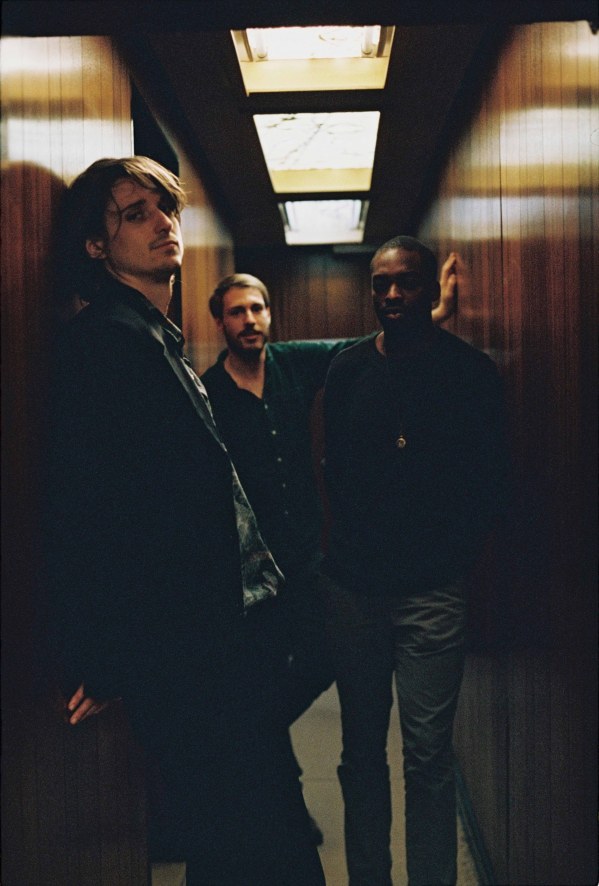 Merging a wry, worldly and subversive form of self-effacing, diarist lyricism with sumptuously evocative electronic production, ‘Loveless’ announces the arrival of a band at once deeply in tune with the greatest traditions of progressive, homespun British pop music and at odds with the increasingly vacuous pop culture they are born to.

Little Cub’s burgeoning reputation as one of the city’s finest new exponents of electronic pop has seen them sell out a four-night headline residency at Peckham’s Copeland Estate off the back of the release of their debut ‘Breathing Space’ EP.

With a melody by Acolaste, the lyric of ‘Loveless’, was written by Gore about a relationship Acolatse was in at the time. "Did we really lose our hearts?” the soaring chorus ponders with an odd and infectious kind of triumphant melancholy.

"I was perceiving this relationship between two great people", Gore says, "but could see it was kind of becoming less than the sum of its parts. It was neither party's fault but it was clear that both were becoming colder through the very nature of being together. It's something I've perceived a lot, these situations where if it were merely a friend going through that pain then you'd automatically feel empathy but in a romantic setting those feelings in someone else gradually come to seem ridiculous or embarrassing or even grotesque.

It's about how every time you have a relationship like that it seems to remove a part of you. You can lose your heart a little. Of course this should be horribly sad, and in a way it is, but I also think it might be in a way necessary and so the song's not completely mourning that loss."

‘Loveless’ will be released on 11th November as part of the ‘Loveless’ 12” including 3 reworked versions of the track.

The band’s debut tracks, ‘Breathing Space’ – leading the tracks on its accompanying EP - and ‘Intent’, are available for free download now via their website http://wearelittlecub.com/ and streaming now on Spotify and Apple Music.