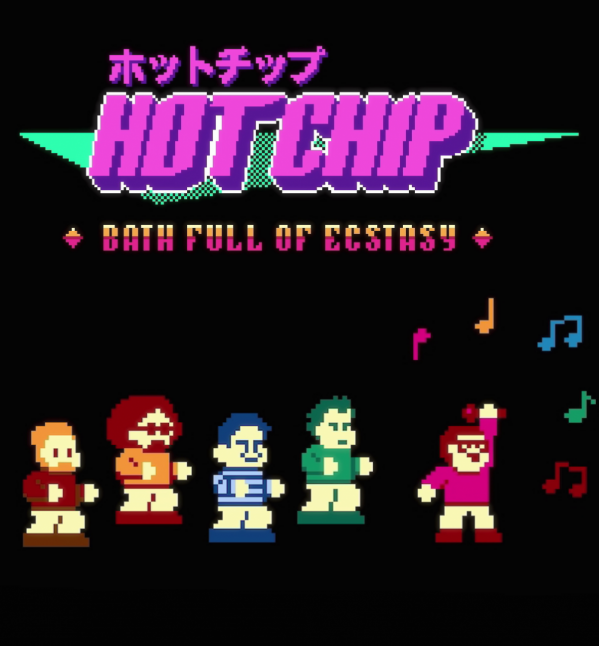 Following the release of their fantastic new album A Bath Full Of Ecstasy in June, Hot Chip have spent the summer delighting festival audiences across the globe with their multi-colored electronic pop rhythms. As the five-piece embark on the North American leg of their world tour, they are pleased to unveil the “game review” video for “Bath Full Of Ecstasy”.

The band say about the new video: “Oliver Payne (Safecrackers) is a British born, Los Angeles-based visual artist, video and film-maker, friend of the band, and collaborator. His artwork was used on two of Alexis’ album sleeves and he is also a huge supporter and fan of Hot Chip. Oliver came up with the idea to make a video based around a fictional computer game called ‘Bath Full of Ecstasy’, in the Hot Chip series, from Japan, circa 1988. The video consists of a Youtube-style review and demonstration of the game, which features each band member on their path to save the cursed kingdom, aiming to return melody and color, and bringing back joy, with the help of the Bubblebath Fairy, a Microphone and some friendly strangers.”

Additionally, the band shared remixes of album tracks by KiNK and Adelphi Music Factory over the summer.

Hot Chip are kicking off their world tour tonight with a 3-night run at Brooklyn Steel before dates across North American, Japan, Latin America, Europe and a return to the UK for their biggest headline shows to date. Tickets available here: https://www.hotchip.co.uk/

"For almost twenty years, Hot Chip has been noodling away in weird musical corners, twisting off-kilter strains of synth-pop, disco, funk, and house into an eccentric yet electric body of work" - The New Yorker

“...another strong entry...compulsively listenable, oddly moving, and stranger than it first appears" - Pitchfork

"They are brimming with earnestness and A Bath Full of Ecstasy makes that abundantly clear. This album is perhaps the definitive release, representing a true honing of sound, style and craft." - Tidal

“...there’s probably never been an iteration of this band that’s been quite so euphoric, trippy, and lush at once. It might just be the best iteration of Hot Chip yet." - Stereogum

"They have been put on this planet to create beautiful, awe-inspiring packages of synth pop and alternative dance, a charge that A Bath Full of Ecstasy more than delivers on." - Under The Radar

"In the 15 years since their first album, Hot Chip have grown from their quirky roots into a highly consistent band with a strong, romantic sense of songwriting and ever-inventive, danceable production that continues to evolve." - Brooklyn Vegan

"The album distills everything great about Hot Chip—whimsical vocals, fluid synths and exhilarating rhythms—and contains just as much of a towering emotional sway and festival-ready sound...Hot Chip have proved their ability to satisfy the human desire for the rhythms we can’t resist, but they also deliver a level of wisdom often lacking in dance music." - Paste Magazine 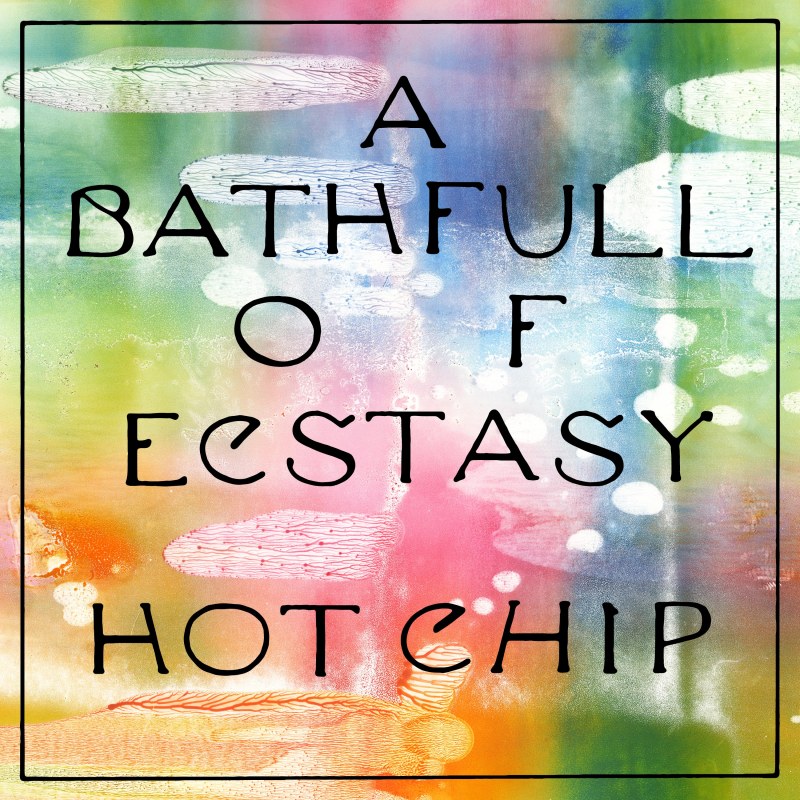 A Bath Full of Ecstasy is a fresh, invigorating and essential new chapter in Hot Chip's career, taking in their huge breadth of influence and melody as only Hot Chip can. You can hear the pleasure the band had in creating this album and they want to pass on that feeling to the listener. It is time to get lost in A Bath Full of Ecstasy.

A Bath Full of Ecstasy is a fresh, invigorating and essential new chapter in Hot Chip's career, taking in their huge breadth of influence and melody as only Hot Chip can. You can hear the pleasure the band had in creating this album and they want to pass on that feeling to the listener. It is time to get lost in A Bath Full of Ecstasy.