After what has been an incredibly successful year for Georgia, including the release of her Hyundai Mercury Music Prize nominated album, Seeking Thrills, plus a sell-out tour at the beginning of 2020, she is ending the year with a bang.

In tribute to her musical hero, Kate Bush, Georgia is extremely happy to share her cover of “Running Up That Hill”. One of the most universally loved and iconic pieces of music in recent memory, “Running Up That Hill” runs deep within the fabric of Georgia’s musical life, being first introduced to the track at a very young age by her parents. The accompanying video deepens that bond and is a special collaboration with contemporary dancer, Sid Barnes – Georgia’s brother. If you have been lucky enough to catch one of Georgia’s high octane live shows, you will be familiar with the energy Georgia brings to the track.

The new recorded version was produced by long-time collaborator, Mark Ralph, whilst the video was directed by Charlie Di Placido.

On the track, Georgia says:
“Closing my live sets with “Running Up That Hill” has been a pure joy, and it sparked the idea to record it. But, it didn’t start there, Kate Bush has been part of my life and a major influence on my work since I could sing a note. Her music was always played by both my mum and dad, and when I began to understand the way that sound and production worked, I embarked on my own intimate and personal journey with her music. For me, it was more than just a cover, it was emotional, and an experience I’ll always treasure.”

On the video, Sid Barnes says:
“It has always been my dream to somehow find a way to create a dance for a Kate Bush song. This project with my sister, Georgia, came as both a privilege and an exciting challenge!. The goal was to try and touch upon Kate’s spirit, to try and not just reproduce her as an icon, but rather use dance to find an even deeper connection to her work.

The news of Georgia’s “Running Up That Hill” cover coincides with the release of Seeking Thrills: The Ultimate Thrills Edition, a digital repack of the original album, featuring all of the remixes from the album, a handful of unreleased remixes, plus her recent collaboration with Yung Baby Tate on the reworking of “Feel It”. The full release is available to listen to here. 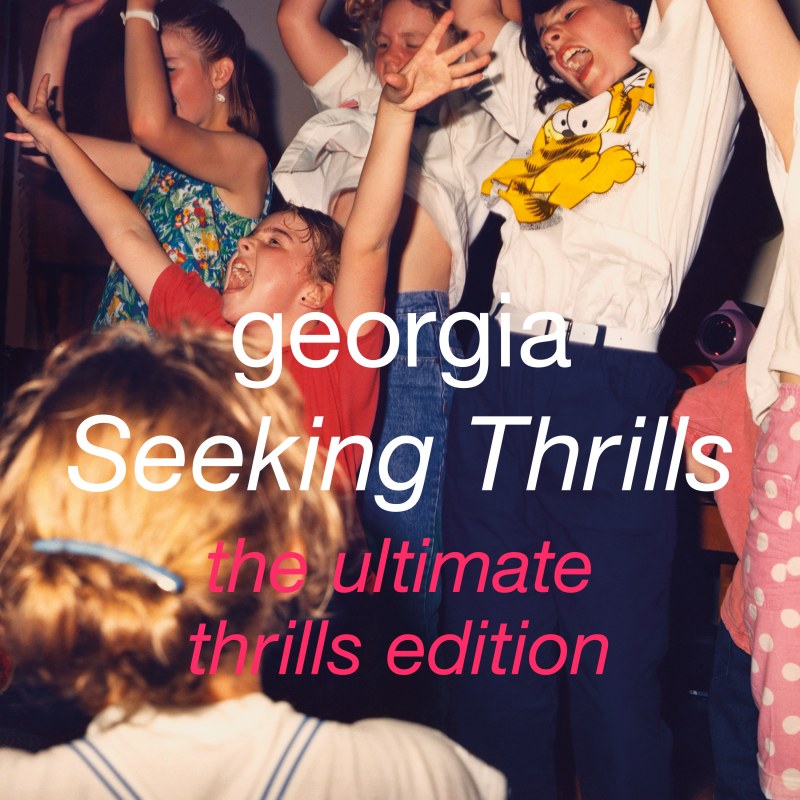 Seeking Thrills: The Ultimate Thrills Edition is a digital repack of the original album, featuring "Running Up That Hill", all of the remixes from the album including a handful of unreleased remixes, plus her recent collaboration with Yung Baby Tate on the reworking of "Feel It".

Seeking Thrills: The Ultimate Thrills Edition is a digital repack of the original album, featuring "Running Up That Hill", all of the remixes from the album including a handful of unreleased remixes, plus her recent collaboration with Yung Baby Tate on the reworking of "Feel It".