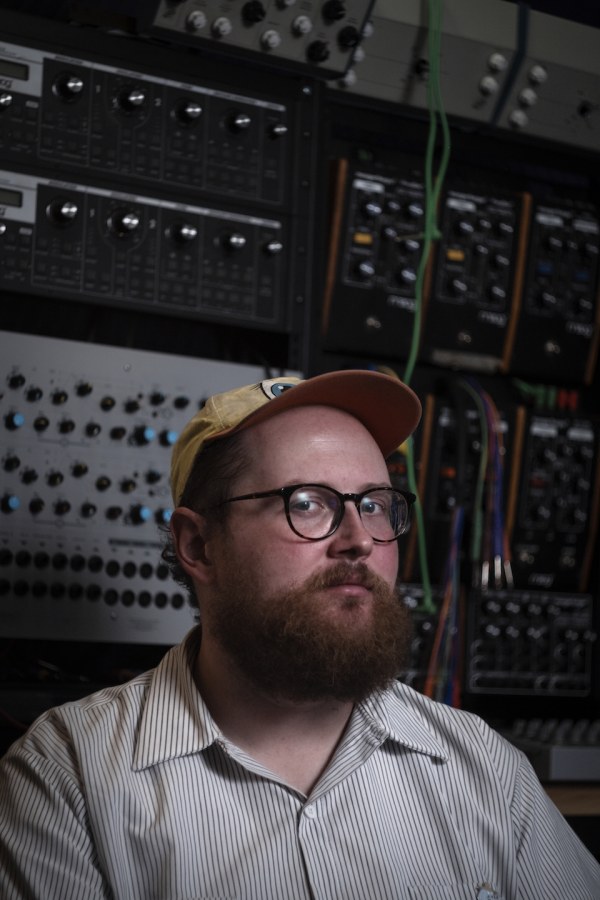 Dan Deacon’s second revelatory release for the Domino Soundtracks imprint, Time Trial, transmits new spectrums of sound from a universe parallel to, yet distinct from, his electronic-pop output. Zooming in on the inner life of the solitary on-screen struggle captured in director Finlay Pretsell’s visceral documentary of the same name, Deacon’s score amplifies dreams of redemption and fleeting bursts of elation that grind against punishing environs, ghosts of the past, and the physical limits of the human body. Recently nominated for the "Outstanding Achievement in ​Original Music Score” at the 2018 Cinema Eye Honors, Time Trial is not only one of the year’s essential soundtrack releases, but a major work of modern electronic composition.

Deacon’s scores allow him to explore different writing methods that yield bold results. Building on his experiences collaborating with So Percussion and Kronos Quartet as well as arrangements for Sigur Rós’ performances with the L.A. Philharmonic, he’s free to craft tracks without needing to centralize vocals or limit himself to sounds that he can perform live. If on 2017’s Rat Film, the inaugural release on Domino Soundtracks, the influences of early American minimalism and ambient music on Deacon’s work moved to the fore, then Time Trial traverses new horizons, gliding listeners across meditative landscapes reminiscent of Suzanne Ciani and rhythmic collages recalling the multimedia collaborations of Eno and Byrne.

Time Trial follows the final year in the professional cycling career of David Millar, a former Tour de France stages winner mounting a comeback after a doping scandal. The film gives unprecedented access to the ride from embedded cameras, conveying as never before the endurance-testing assault of long-form racing, complete with nasty weather, cold opponents, and unforgiving terrain. “The film is such an immersive experience, both inside the cycling races and into David Millar's psyche,” says Deacon, “and I wanted the score to have a matching tone. I thought about how David must have felt during those long final rides—to be at the end of a lifelong dream, knowing the ride is over and there are no more tickets for another.”

The resulting album is as fully formed and flawlessly sequenced as any of Deacon’s albums, yet never bound to his pop persona—even if its exultant moments, like closing track “Finlay’s Anthem,” are unmistakably the work of the mastermind behind America and Gliss Riffer. From the swelling, cacophonous build of “The Melee” and steady adrenal pulse of “The Breakaway” to the creeping dread of “Worse Times” and deep chill of “Charlie I Can’t Feel My Hands,” Time Trial is a challenging, resonant, and deeply rewarding record that discovers hard-worn truth and beauty in broken dreams and collapse.

Dan Deacon will be performing with the Baltimore Symphony Orchestra as part of the BSO Pulse series, which brings together the worlds of classical music and independent artists onto one stage. Each concert crosses genres, opening with a classical performance by members of the BSO, a set from our featured artist and culminating with a unique collaboration between the two groups.