Cat Power, the singer/songwriter/producer Chan Marshall, today shares a fresh interpretation of The Rolling Stones’ Keith Richards-led “You Got The Silver” following the release of her Covers album earlier this year highlighted everywhere from The New Yorker (“in reinterpreting classics, she has furthered her stature as one”), to NYLON ("hits like a freight train"), Pitchfork, Mojo, FADER, The Observer, Rolling Stone and more.

While she frequently delights and surprises with the songs she chooses to cover, it's Marshall's total commitment to the performance - imbuing the songs with a creative singularity that rivals her original work - that make Cat Power covers so special. Says Pitchfork, Marshall can “rearrange a song simply by squinting at it.”

Produced entirely by Marshall, this year’s Covers release completes a trilogy of sorts, following beloved past collections Jukebox (2008) and The Covers Record (2000), and showcases Marshall’s singular chronicling of the ever-evolving great American songbook — featuring her own personal rendition of Billie Holiday's “I’ll Be Seeing You,” Frank Ocean's "Bad Religion," Dead Man's Bones' "Pa Pa Power,” plus an updated rendition of the Cat Power song "Hate" from The Greatest (2006), retitled “Unhate” for the album.

Marshall is currently on tour in Europe with a full band and will play a sold out show in Paris and support Pearl Jam at their Hyde Park London show on July 8 alongside the Pixies. She will return to the US in July with shows in Los Angeles, Denver and Nashville, along with a San Francisco play and more this fall. Recently she chatted with fine art photographer and friend Christy Bush for The Bitter Southerner and appeared in the latest issue of Kinfolk, performed on WXPN’s World Cafe who said, “no one does a cover song quite like Cat Power…,” the How Long Gone podcast, WTF with Marc Maron and more. 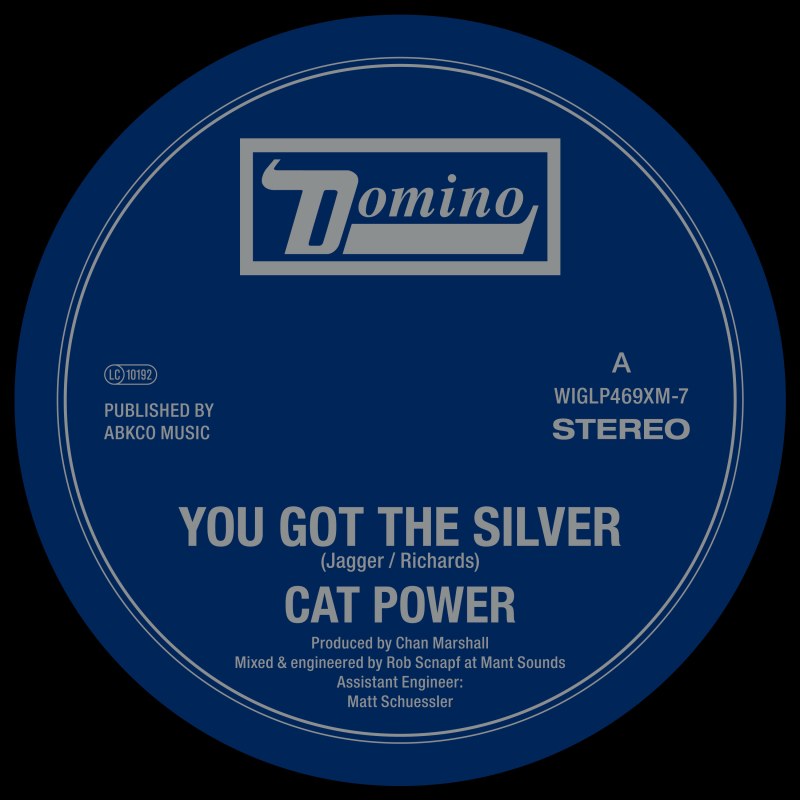 Cat Power You Got The Silver

Cat Power You Got The Silver