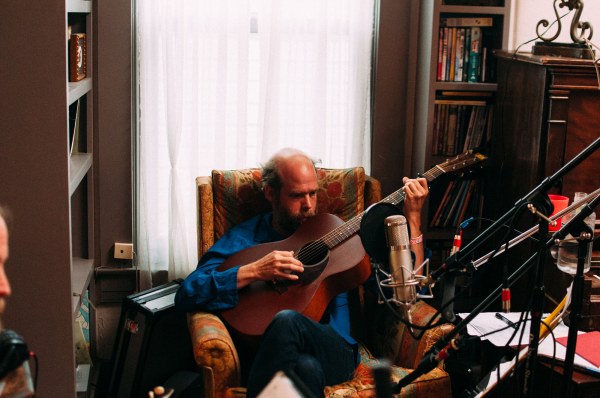 Bonnie ‘Prince’ Billy’s new release Best Troubador flips through the Merle Haggard songbook, landing on pages unmoored from their time and located anew. With such prolific catalogue of resplendent songs spanning a nearly fifty year career, Bonnie and the Bonafide United Musicians were tasked with the undertaking the singular and unwavering creativity of such a figure. Best Troubador does just that, representing an earnest and faithful reworking of Haggard’s great songs.

Released on one of Merle’s lesser known albums, 1996, “No Time to Cry” is a truly poignant and deft reinterpretation of Iris DeMent’s ballad on loss and growing older.  Bonny and Co. have released a peak behind the curtain with a “No Times to Cry” music video of images taken during the live recording sessions for Best Troubador.

For the first time, both "Mama Tried"and "No Time to Cry" are now available to purchase as a digital single together on the Domino site, iTunes and Bandcamp. So hit that download button and listen to both songs on your PC, Mac, iPhone, android, tablet or whatever!