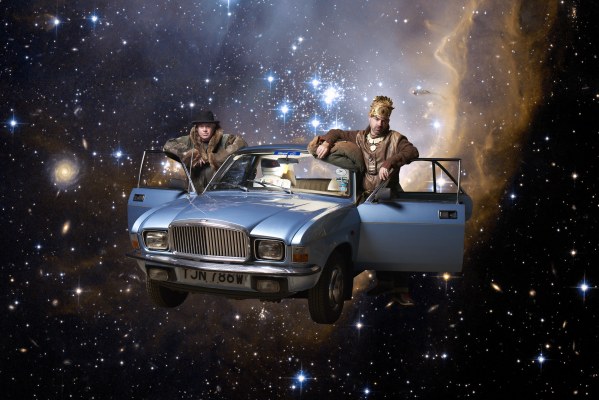 Join Steve Mason and Primal Scream’s Martin Duffy as they take you out of this world, into near Space and back to planet Earth again with their collaborative four track mini album – Livin’ in Elizabethan Times by Alien Stadium, released by Double Six on the 1st of December 2017.

A hybrid meeting of two musical voyagers working at maximum velocity for the betterment/detriment of all Human kind, this musical Space ride from Alien Stadium is the sound of two enormous brains working in unrestricted full flow. This record is inevitable, beautiful, frightening and enlightening.

Watch the Edwin Burdis directed video for first single ‘This One’s For The Humans below.