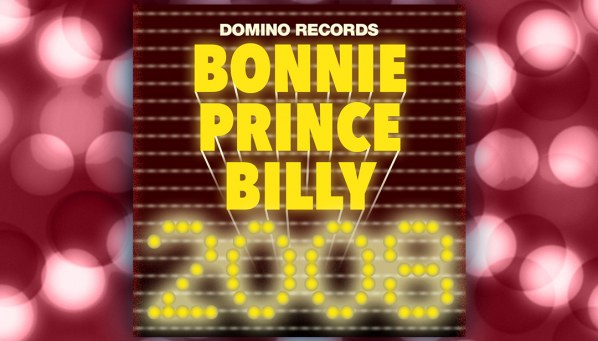 Bonnie "Prince" Billy - Lie Down In The Light - Streaming Now

When Will Oldham was working with Andy Bruntel on the “Cursed Sleep” video in Atascadero, CA, he got a telephone call from his mother announcing that his father had died very suddenly and unexpectedly.  This event began a distinct shift in color and practice for Bonny endeavors.  Oldham advanced to Louisville, KY to see what was what.  He decided to buy a house there, and to lay low for a spell.  The first time he ventured out of Louisville after his father’s death, it was at the invitation of Mark Nevers, who asked Oldham to come to Nashville to sing “Knoxville Girl” with Charlie Louvin for a new Louvin record.  Oldham went to Nevers’ Beech House studio and sang his parts on the same day that George Jones came in to sing with Louvin.  The experience reminded Oldham that Nevers’ place was a strong and safe fortress for music-making, and seeds were planted for the planning of the making of the next full-length record, LIE DOWN IN THE LIGHT.

Since THE LETTING GO, Oldham had done a tour of Switzerland and Italy as a duo with Alex Nielson playing drums (Oldham had met Nielson during the recording of Alasdair Roberts’ NO EARTHLY MAN in Aberdeenshire, Scotland).  At Bad Bonn in Dudingen, Switzerland, Nielson and Oldham played a show with Faun Fables, who were themselves touring as the duo of Dawn McCarthy and Shahzad Ismaily, with Ismaily on drums.  Faun Fables and Bonny Billy did a few Swiss shows together, and over that time a friendship and musical connection grew between Oldham and Ismaily.

Then on a longer and more ambitious tour of the western USA and Canada (documented somewhat on the live CD WILDING IN THE WEST), Oldham met Ashley Webber when she opened a show in Victoria on Vancouver Island.  He had never heard a voice quite like Webber’s.  Once home in Kentucky, he began to construct duets with the hope that Webber would be able and willing to record them with him.  They corresponded, and she agreed.

Also during this period, Oldham had played a small part in a film called WENDY AND LUCY, directed by Kelly Reichardt.  On set, he met Katy Kolego, who was working in the production crew.  He asked her to come to Nashville to be the production coordinator for the recording session.  She got everybody there and kept every body fed and comfortable.

Emmett Kelly (guitar), Paul Oldham (bass), Shahzad Ismaily (percussion), and Ashley Webber (voice) joined Oldham at Beech House for the recording of LIE DOWN IN THE LIGHT.  The songs tackled were all Oldham constructions except for “I’ll Be Glad”, which was written by Shannon Stephens.  Jai Agnish, of Flygirl magazine, had sent Stephens’ music to Oldham a few years before.

Marty Slayton returned to sing as part of the choir.  Nevers brought Pete Finney in to play pedal steel; it thrilled Oldham to no end learning that Finney worked regularly with one of Oldham’s heroes, Patty Loveless.  Nevers close friend and colleague Tony Crow brought his keyboard magic to the table, and Oldham first worked with percussionist Ben Martin on these sessions as well.

The front cover of the record was drawn by Joanne Oldham, Will’s mother.  She had long been fascinated by Gauguin’s paintings of Jacob wrestling with the angel, demanding salvation.  It was Will’s intention to photographically pay tribute to Gustave Courbet’s “L’Origine du Monde” for the inside artwork; ultimately he balked at the self-set challenge.  Still, he asked his mother to modify Courbet’s “The Wrestlers” so that it depicted, with a wildly unnatural color palette, the biblical Jacob story.

The whole idea behind the making of the record is wrapped up in its title; when in doubt, Oldham defaulted to a relaxed acceptance of good energy and momentum as often as possible.  The record was released quietly; most of the promotional capital was spent on bus-bench advertisements in cities around the country.  No review copies were sent out, nor announcements made in advance of the record’s release.