This winter brings White Lung's fifth and final, chaotic, bold and hook-driven album, Premonition. It’s a whirlwind of driving drums, intricate guitar work, and no-holds-barred lyrics about motherhood, pregnancy, and growth. The themes are deeper. The interplay between guitarist Kenneth William and drummer Anne-Marie Vassiliou is more complex, the sound more cohesive. During an unintentional five year hiatus, White Lung managed to grow up without settling down, and the trio has emerged out of its transformative period with raw, feral energy.

When the members convened in their hometown of Vancouver in 2017 to begin work with longtime producer Jesse Gander on their fifth album, they had no idea what kind of changes were in store for them. Frontwoman Mish Barber-Way was in the studio preparing to record vocals – when she realized she was pregnant with her first child. A pandemic followed, then another baby, then the series of massive societal meltdowns that we’ve all come to call “everything that’s been going on.”

But it takes a superb sense of balance to live life on the edge, where even a slight misstep can send you hurtling into oblivion. And over the decade-plus prior—on instant classics like 2014’s Deep Fantasy (voted to Rolling Stone’s "40 Greatest Punk Albums of All Time" list) and 2016’s searing statement of purpose Paradise—White Lung had established itself solidly as rock’s premiere high-wire act, blending live-fast-die-young rock ‘n’ roll and no-fu**s punk into a combustible mixture that propelled them around the world and into the hearts of music fans, with the exhilarating sense that the whole thing could catch fire at any time. Ever fast on their feet, the band adapted to the unexpected, kept it together, and wound up creating the most powerful album of their career.

On Premonition’s standout track and lead single, “Date Night,” Mish imagines God as a nihilistic bad boy drunk-driving her through a blazing Los Angeles on the way out of town, and between Kenneth’s transcendent riffs and Anne-Marie’s pummelling backbeat, it sounds like exactly what you want playing as you set fire to your old life and hit the highway.

“I felt like that part of my life was expiring, so I was projecting those angry and scared feelings out onto the city of L.A. because it’s safe and comfortable to live in your anger instead of being self-reflective.” Mish reveals.

“Tomorrow” – one of the most intricately composed songs in the band’s catalog—balances aching emotional catharsis, circle-pit aggression, and massively hooky melodies. Mish comments, “‘Tomorrow’ is the song I wrote when I found out I was pregnant. There was a very serious understanding that life would be different forever and I was relieved to welcome that change.” 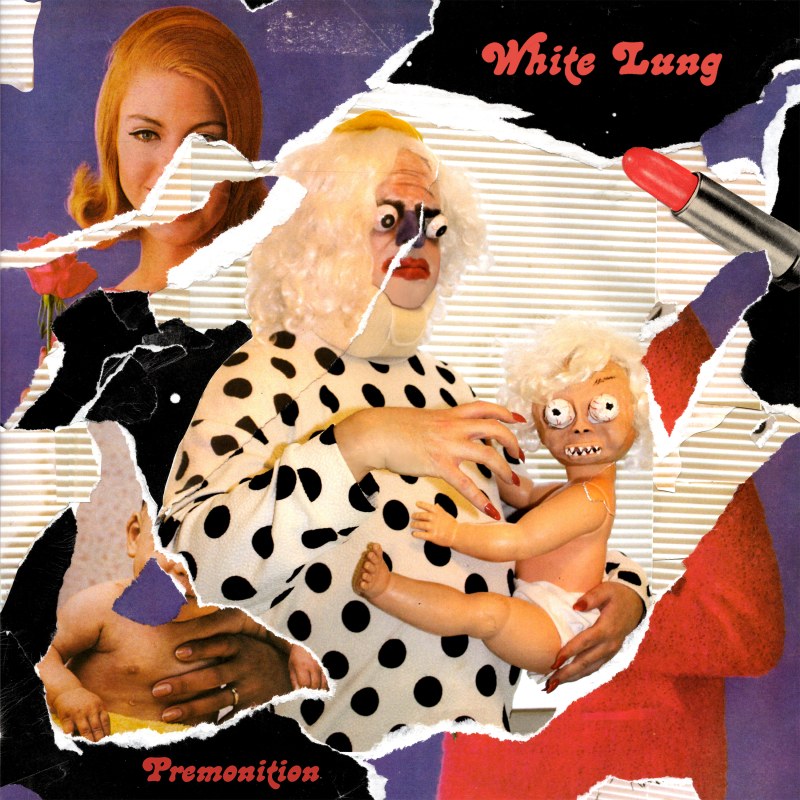 Listen to White Lung's 'Kiss Me When I Bleed'