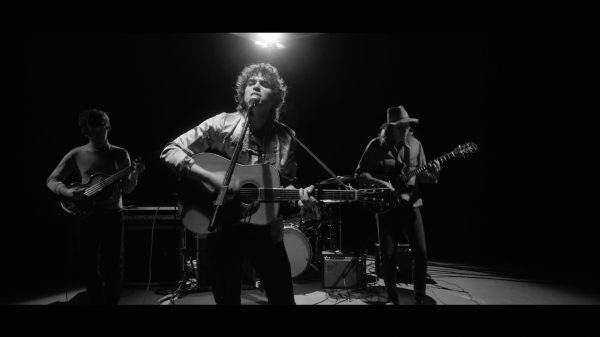 Lead singer John Pelant on ‘Kind Luck’: “Sometimes you can know something, but not actually feel it. This song is about rectifying those differences. It's a song about welcoming ends and loving the other side of finality.”

Night Moves have two upcoming shows in the Twin Cities area - a FREE show at the Turf Club tomorrow June 21st and the Basilica Block Party on July 7th alongside artists like The Shins and Brandi Carlile. Tickets are available here.

Formed in 2009 in the Twin Cities, Night Moves is composed at its core of John Pelant and Micky Alfano. Friends since high school, their bond was solidified when Alfano lent Pelant his copy of George Harrison’s All Things Must Pass, a luminous classic of turn-the-page melancholy that echoes through Pennied Days. Over time, Pelant and Alfano broadened their scope to allow for a wide array of maverick influences, ranging from traditionalist heroes like Leon Russell and The Band to r’n’b originators Curtis Mayfield and Sly Stone to pre-punk experimentalists Suicide. (They also love Joe Walsh, like all free-thinking Americans.)

Pennied Days is out now