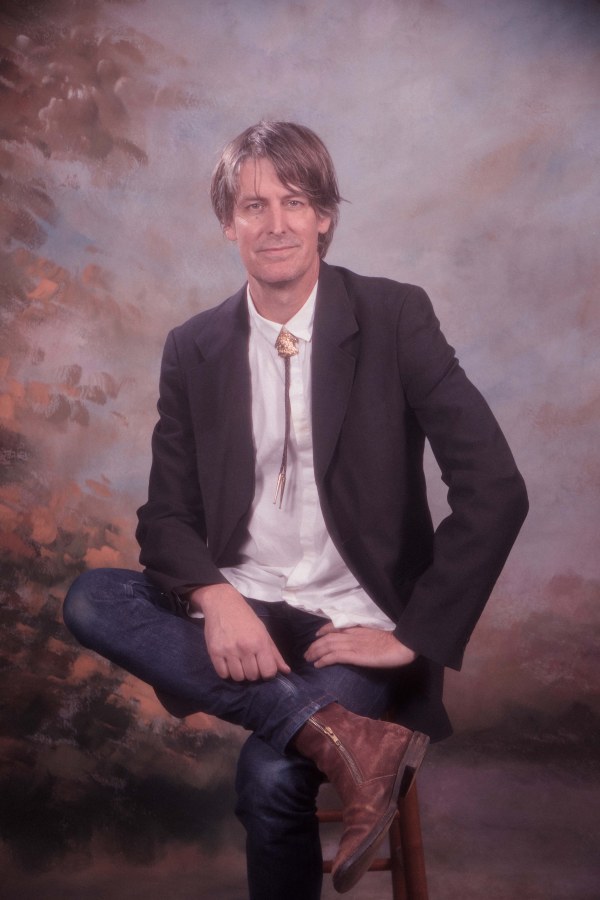 The rumours are true: the secret electronic album that Stephen Malkmus has been telling everyone about will see the light of day on March 15th, when it’s released on Domino.  But Groove Denied is not a full-blown plunge into EDM or hiptronica.  In fact, there aren’t any purely instrumental tracks on the album.  Every song is precisely that: a song, featuring Malkmus staples like an artfully askew melody and an oblique lyric.  Groove Denied is Stephen playing hooky from his customary way of going about things, jolting himself out of a routine. As Malkmus commented, “It’s fun to mess with things that you’re not supposed to.”

The first taste of Stephen’s new groove can be sampled today, with the release of single ‘Viktor Borgia’, and its accompanying video starring Stephen alone in a dance club.  The title playfully merges the name of the comedian-pianist and the ruthless dynasty of Italo-Spanish nobles. With its stately melody and the almost-English-accented vocal, the coordinates here are early Human League or even Men Without Hats. “I was thinking things like Pete Shelley’s ‘Homosapien’, the Human League, and DIY synth music circa 1982,” says Stephen, adding “and also about how in the New Wave Eighties, these suburban 18-and-over dance clubs were where all the freaks would meet – a sanctuary.”

Fast forward to the present and here comes Malkmus with Groove Denied – Stephen’s first solo album without his cohorts the Jicks since 2001. Made using Ableton’s Live, and instead of a human-powered rhythm section, Malkmus’s arsenal further included drum machines, along with a host of plug-in FX and “soft synths”. He compares the process of track-construction to the way his kids “used to make these girls on my iPhone - choosing hair colour, dresses, etc. That intuitive swipe and grab thing. Chop and move the waves. Apple computer scroll style of thinking.”

This departure from the tried-and-tested stems back to earlier in this decade, when Malkmus spent a couple of years living in Berlin and was exposed to the city’s vibrant club scene. He made forays into the city’s world-famous all-night party scene and became fascinated by techno, “the music can be great… you can zone out, dance, and focus on music - or just get wasted!”

Groove Denied will shake up settled notions of what Malkmus is about and what he’s capable of, repositioning him in the scheme of things. But looking at it from a different angle, his engagement with state-of-art digital tech actually makes perfect sense. After all, Nineties lo-fi – the sound in which he and Pavement were initially vaunted as leaders and pioneers - was nothing if not insistently sonic – it was all about the grain of guitar textures, about gratuitously over-done treatments and ear-grabbing effects. Noise for noise’s sake. As Stephen tweeted recently on the subject of Auto-Tune’s omnipresence in contemporary music-making: “We long 4 transformation....and we humans fucking luv tools.”