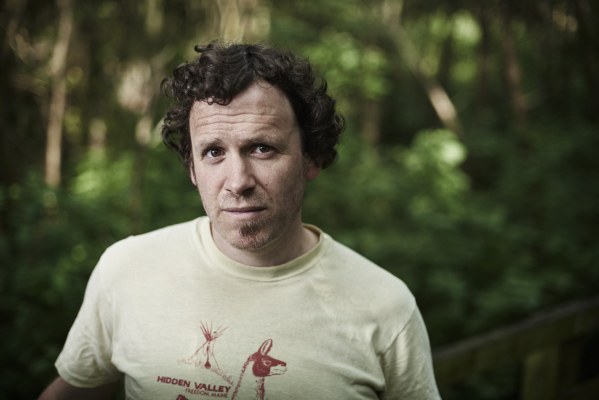 Seamus Fogarty is pleased to announce news of his new EP The Old Suit, which will be released on November 2nd.  He also shares the title track from the EP, featuring additional production and mixing by Mike Lindsay (Tunng, LUMP).

Having released his Domino debut LP The Curious Hand at the end of 2017, Seamus got to work on some new songs at the start of this year.

Seamus explains how the EP got started: “I put a crappy drum machine, a crappier synth and a cheap guitar in a plastic bag and took myself off to a cottage in a restored famine village on the Southwest coast of Ireland to write. I came back to London refreshed, having written no songs, and went out for a few drinks with my friend Ed Dowie after which we challenged each other to write something new every two weeks. I trawled through various phone recordings I’d made while on my (non)writing trip, hoping to find some magic fragment, and I found a line about an old suit which I’d written while reflecting on the loss of my friend Willie Meighan.  I wanted to make something a bit different from the album (except for Emma Smith’s strings which go on everything), so I took a chance and asked Mike Lindsey if he’d lend an ear or two and help mix and produce the track, and this is what we ended up with.”

The Old Suit EP also features another new Seamus song, ‘Song For John’ (an ode to John Martyn and a sing off Seamus once had with him) plus two remixes, the first by Django Django and the second from label-mate James Yorkston.

Seamus says of the remixes: “I've been a huge fan of Django Django since seeing them on the Planet Eigg back in 2012 so was delighted to be able to get them on board to remix ‘Carlow Town’. James Yorkston has been a great friend and inspiration for many years; this is James getting his dancing shoes on.”

Additionally, Fogarty will head out on tour in the UK, Ireland and Europe.