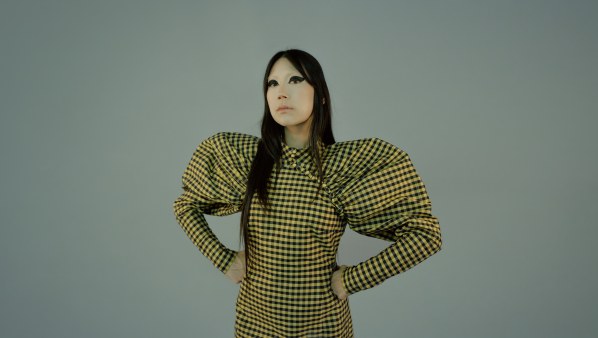 SASAMI shares a visualizer for “Call Me Home” the latest single from her anticipated new album, Squeeze, out February 25th via Domino.

Of the track, SASAMI says "'Call Me Home' is dedicated to anyone who has blown up their life just to remember what it’s like to feel something. "It’s about the darkness of feeling nothing and the creeping ache of apathy that can swallow you whole if you let it. It’s about skipping town, driving all night and knowing you’ll always have a home to come back to."

SASAMI, who was recently named an Artist You Need To Know by Rolling Stone, was also selected by Japanese Breakfast’s Michelle Zauner for Variety’s ‘Up Next’  series, where she was asked to pick the artist she believes is going to be the next big thing, saying “what SASAMI is doing musically is that perfect blend of music that can be really heavy and hard and aggressive but is also melodic and enjoyable and catchy.”

On Squeeze, SASAMI explores her wide spectrum of moods—from raging at systemic violence to wrestling for control in her personal relationships. Throughout, the singer-songwriter and producer surveys the raw aggression of nu-metal, tender plainspokenness of country-pop and folk rock, and dramatic romanticism of classical music.

The record was produced by SASAMI, with a handful of the tracks co-produced by Ty Segall. Other notable contributors include: Hand Habits’ Meg Duffy, King Tuff’s Kyle Thomas, Christian Lee Hutson, Barishi, Moaning’s Pascal Stevenson, Jay Bellerose and No Home.

SASAMI is hitting the road later this spring on a headline tour that also includes support for Haim in the US and Mitski in EU.  All dates here.