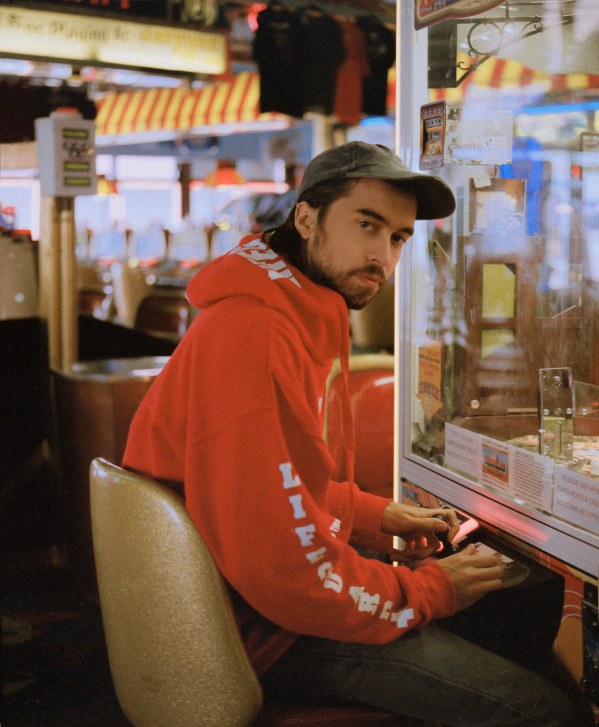 (Sandy) Alex G, a.k.a. the singer, songwriter, and musician Alex Giannascoli, today announces news of a forthcoming album. Titled House of Sugar, the album is the Philadelphian’s ninth overall and third for Domino, and is due for release September 13th, 2019.

The album announcement is accompanied by a new song “Gretel”, which comes with a video shot by Zev Magasis.

"There aren’t cults in indie rock anymore. [...] Deep, obsessive followings around smaller artists don’t exist like they used to. An exception to this rule is Alex Giannascoli." - CONSEQUENCE OF SOUND

“Let’s state a fact: Alex Giannascoli is one of this generation’s best artists.” - VICE

Giannascoli began writing the songs that would ultimately become House of Sugar in the fall of 2017. Whereas with earlier efforts, such as 2011’s self-released Winner or the landmark 2014 release DSU, music was written and recorded at a prolific clip, with these new songs Giannascoli approached the recording process with a newfound deliberateness, concentrating on a smaller collection of songs and laboring over each with more focus and acuity than ever before.

Giannascoli worked closely with Jacob Portrait, who mixed both Rocket and 2015’s Beach Music, and helped to balance each of House of Sugar’s dense, multi-faceted tracks. As the product of extended focus and planning, House of Sugar emerges as Giannascoli’s most meticulous, cohesive album yet: a statement of artistic purpose, showing off his ear for both persistent earworms and shifting textures, and the out-there sonic adventurism that’s made previous (Sandy) Alex G records so singular.

House of Sugar is available to pre-order now on limited pressing purple vinyl with exclusive 7”, CD, and digital download.

(Sandy) Alex G shares new video for "In My Arms"; to play sold out show at NYC's Brooklyn Steel