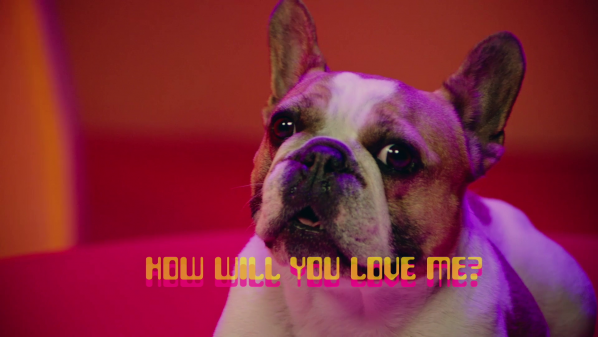 On the heels of releasing his sixth studio album, Buoys, in February and on the eve of his UK and Europe tour, Panda Bear a.k.a. Noah Lennox has shared a video for the album’s title track. Starring Beatrice the French Bulldog, it depicts an unusual dating show with an ultimately jubilant ending.

The “Buoys” video follows previous videos for “Token” and “Dolphin”. It was directed by frequent collaborator Danny Perez (who also did the Buoys artwork and directed Animal Collective’s visual album ODDSAC), and is part of an ongoing collaboration since 2007 between Danny and Panda Bear.

On the video, Danny says, “Dogs see past how many followers we have and how many tickets we sell. This allows us to relax, be ourselves and not sweat the small stuff. I wanted to make a video that relayed the themes of the song's lyrics to the confidence and bliss that comes from the relationship with an animal.”

Having concluded a US run of tour dates in February, Panda Bear will embark on the UK and EU leg of the tour next week, beginning April 19th in London. Those upcoming tour dates can be found below, and tickets are available here: https://pandabearofficial.com/

See Panda Bear perform new songs from Buoys and his vinyl-only 2018 EP, A Day With the Homies, from Pitchfork’s 2019 Midwinter Festival in Chicago, and live from the Sydney Opera House in Australia.