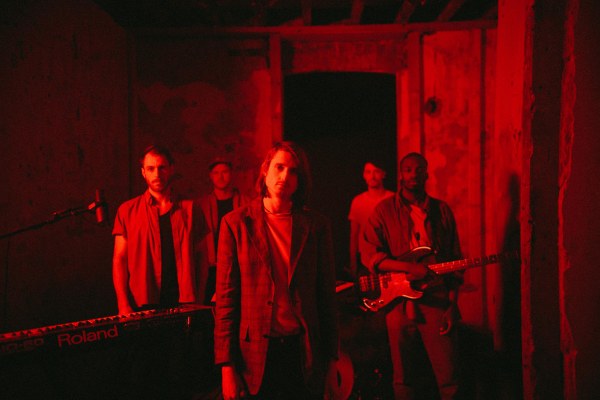 Little Cub have returned with new track, ‘Millennium People’, a savage satire with a clear intent to unsettle.

“Millennium People” is the first new recording from Little Cub following their debut album, Still Life, in 2017 and was mixed by David Wrench (David Byrne, The xx). As if Vangelis sound tracked a Cronenberg movie - but in the Hacienda - this party is here to “bring the people together” but with a caveat. The track takes aim at those who cry for reason, and those who don’t cry at all; as singer Dominic Gore proclaims, “Maybe it’s time, the great British lifeboat capsized?”.

Degenerate sloganeering (‘Millennium People’ is named after a J.G. Ballard novel after all) commands you to throw sense and servility out the window. With driving synths and tempos that drunkenly waver like society teetering on the brink, the arrival of the chorus comes to snap you to your senses.

It’s time for organising, it’s time for vulgarity and as Adam Curtis said the time has come to ask “whether you really want change or just the banks to be a bit nicer to you”.