Today, King Creosote is pleased to share his first new music since 2016, a AA single comprised of “Susie Mullen” and ”Walter de la Nightmare”. Amidst frenetic modular synths and drums, “Susie Mullen” takes King Creosote (aka Fife’s Kenny Anderson)’s sound in a new direction whilst “Walter de la Nightmare” brings his beautiful vocals back centre-stage. The new songs will also be available to buy as a 7”, available on November 27th.

King Creosote reveals details about the new songs: “To find the source of inspiration for the music of ‘Susie Mullen’ you need only squeeze the belly of a souvenir camel toy from Egypt to unleash a rather urgent and tinny sounding nursery rhyme in Arabic, jam along in the key of Bb. A Crail live audience in 2017 heard the debut collaboration between KC and camel.” Referencing the single artwork, Anderson explains the meaning of lyrics of “Susie Mullen”: “With the luxury of hindsight, missed opportunities in the St. Andrews Woollen Mill workplace of yesteryear have become today’s befuddled and rather embarrassing memories.”

On “Walter de la Nightmare”, Kenny adds: “The lyrics reference a song by Billy Pilgrim RIP from Fence Sampler #3 in which Walter de la Mare recounts a lightning strike on a large old tree. Nota bene, I am fully aware that ‘lymph nodes’ and ‘emphatic’ do not conflate to ‘node lymphatic’, but it sounds good to my ear, and it provides a much-needed rhyme. Both Susie and Walter have taken over two decades to make their pilgrimage from Egypt to Ullapool.” 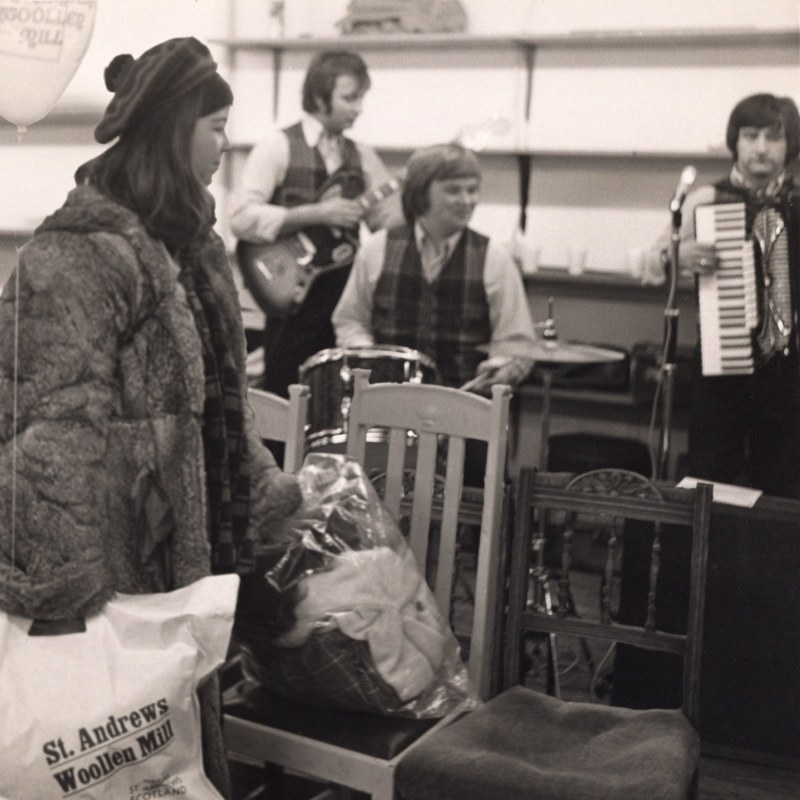 King Creosote announces 'From Scotland With Love' live shows for 2020