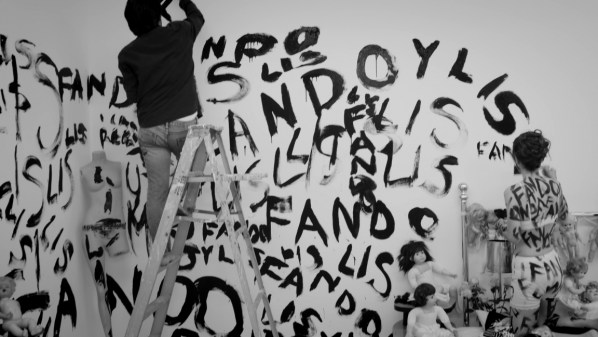 Aviary, Julia Holter’s fifth record, released at the end of last year, took as its starting point a quote from writer Etel Adnan: "I found myself in an aviary full of shrieking birds". The resulting double album took listeners on an epic journey, guiding them through the cacophony of our world, whilst Holter explored “how one responds to that feeling as a person - how one behaves, how one looks for love, for solace”.

As she embarks on a full North American tour with the 6-piece Aviary band, Holter is pleased to share the new video for ‘Les Jeux To You’. Like several of the songs on Aviary, ‘Les Jeux To You’ references love and when Holter mentions love, “it’s about a seeking for compassion and humility in a world where it feels like empathy is always being tested”.

Directed by Geneva Jacuzzi, Geneva said of the process:

“After I heard ‘Les Jeux to You’, images from Fando Y Lis, a film that has always haunted me, flooded my mind and I knew we had to reimagine it. Set in a dystopian future past, the two lovers escape to a mythical city and along the way are confronted with both terrifying figures of the unconscious and joyful memories of the past that accelerate a descent into madness. As a female artist, I felt the need to explore the anima of this myth and reinscribe the imagery as a mode of empowerment of the feminine directorial gaze.

I knew it would be a challenge because it is a controversial film, but it was particularly unsettling to read the recent allegations against its director Alejandro Jodorowsky shortly after we made the video. It made me think more about the project and ultimately reinforced my original intention of reframing the work as a complex and nuanced take on the psychology of self-destructive relationships.

There is a mysterious essence to this story, a sort of psycho-spiritual unravelling that I connect to the surrealist poetry of Julia's lyrics and music.”