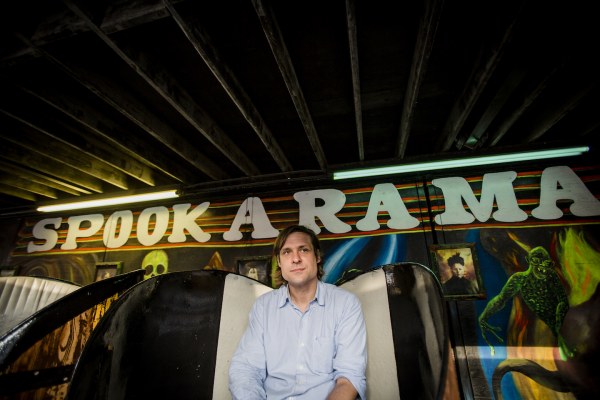 Today, Synth-pop madman John Maus is happy to share new track “Running Man” - a hurtling thrill-ride from his forthcoming new album Addendum, out this Friday, May 18th. Addendum, recorded during the same sessions as last year’s Screen Memories, presents Maus in a more spontaneous mood, untamed, off the cuff and closer to the pulse.

John will be hosting a Reddit AMA Tuesday, May 15th at 8pm BST on the INDIEHEADS subreddit. Chime in with questions at the following link: https://www.reddit.com/r/indieheads/.

Last month, John played his first show in his hometown of Minneapolis in over six years. Ahead of the set, he stopped by The Current to record a session - check out John and his band perform previous Addendum single “Episode” in the studio HERE.

This past weekend, John took over Coney Island as part of Red Bull Music Festival where he composed original music for various rides throughout Deno’s Wonder Wheel Park and performed with his band. Check out photos of the carnival extravaganza HERE. Additionally, last month John made his Coachella debut and released a career-spanning 6 LP boxset which includes Addendum, Screen Memories, as well as his 3 previous studio albums and a rarities compilation. Addendum is available to pre-order on CD and digitally now HERE.