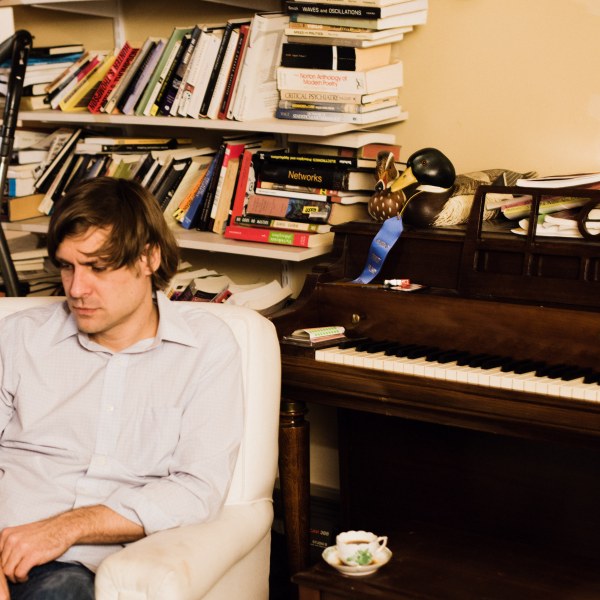 Later this month, synth-pop visionary John Maus will release his sold-out career-spanning 6 LP box set which includes John’s most recent album, 2017’s Screen Memories, as well as his 3 previous studio albums and a rarities compilation. The final LP is his sixth full length, Addendum, which comprises 12 additional studio recordings incubated alongside the tracks that solidified into last year’s Screen Memories. Addendum presents Maus in a more spontaneous mood, untamed, off the cuff and closer to the pulse. The vinyl version of Addendum is exclusive to this box set.

Today, John has announced that Addendum will get its own official release on CD and digitally – out May 18th – and shared album track “Episode” where his melodious and unburdened vocals float across echoed beats and frosty synth lines.

Along with John’s previously announced performances in Minneapolis, his first in his home state in 7 years, and Coachella, John has announced The Sucrose Plane - a new NYC show that will take place at Deno’s Wonder Wheel Park in Coney Island on May 4th at 6pm EST as part of Red Bull Music Festival New York. See the official description of the event below:

On Friday, May 4th, John Maus will be bringing his visceral and haunting take on synth-pop to Coney Island for what he’s calling The Sucrose Plane: an event where he will perform with his band as well as compose music to play within select rides at Deno's Wonder Wheel Park in conjunction with Red Bull Music Festival. The night will last from 6pm until Midnight at the family owned and New York City landmark, which features attractions like Spook-A-Rama, Stop the Zombies!, Thunderbolt and their iconic 150 foot Wonder Wheel. Additional artist and entertainment to be announced in the coming weeks, visit https://nyc.redbullmusicfestival.com for more info and tickets.