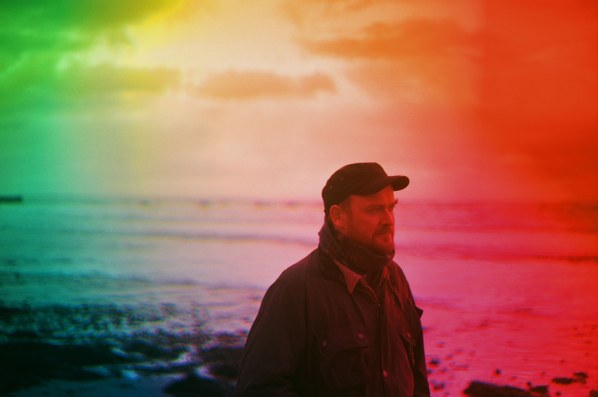 As this year’s winter began to recede, James Yorkston released his new album The Route To The Harmonium. His first solo album since 2014’s Cellardyke Recording And Wassailing Society, it was produced by Yorkston alongside his longtime collaborator David Wrench. An intensely personal album; The Route To The Harmonium is the sound of home, and friends and family, past and present swim all over his songs.

As he heads off to play a string of shows in Europe and ahead of a headline UK tour in May, Yorkston shares the new video for album track ‘The Irish Wars of Independence’, directed by Yorkston himself.

One of the three spoken word pieces on the album, ‘The Irish Wars of Independence’ is not directly political, though politics and religion are both on the receiving end of Yorkston’s tongue. “I was not caught up in the Irish wars of Independence,” he deadpans, at the thrum of the song’s opening. “Except by the noose of a religion, hung around the neck of a gullible schoolboy.”

Elsewhere, the song explores his many boyhood summers in West Cork, looking back on what he calls ‘the dream of childhood’. It’s first person, hypnotic, and sounds like non-fiction – though listeners would be wise to avoid literal interpretations. The playful, the imaginative, are always present. “When I was a child, I met the devil in Ireland / Did I ever tell you that my love? / It may just explain my transitory ways”. In that line, many possibilities lurk and that is one of Yorkston’s great skills, to be able to portrait a character, a life, in a single line.

On James Yorkston’s podcast, he recently recorded a special on The Route To The Harmonium with guests Phill Jupitus and Stephen Marshall . Listen here.