After Joe having heard Amy's work, the HARD FEELINGS project was birthed with one message from Joe reaching out publicly via Twitter; "Amy, can we make a thing?". That "thing" became HARD FEELINGS, the ultimate immersive cinematic experience for your feet and ears, seated fluidly at the intersections of New Wave and Synthpop inspired Pop Music and full-on Dance majesty.

Today the band share their first single, “Holding On Too Long”. The track is drama in its purest form, Amy’s lyrics explore the pain and devastation from the demise of a romantic relationship, whilst the words are juxtaposed with Joe’s euphoric, driving bass and addictive piano hook. The video, starring Amy herself was directed by Katie Paul.

On the track, Amy notes:
“”Holding On Too Long” is the common denominator of the entire musical union of Amy and Joe. In this “opera of sad bangers” here is its key aria, its “Un Bel Di” from Madame Butterfly or the “Mad Scene” from Lucia Di Lammermour, the unforgettable moment of the story wherein our heroine stands up defiantly and has her moment to wail, scream and cry her pain and fury centre stage to the world.” 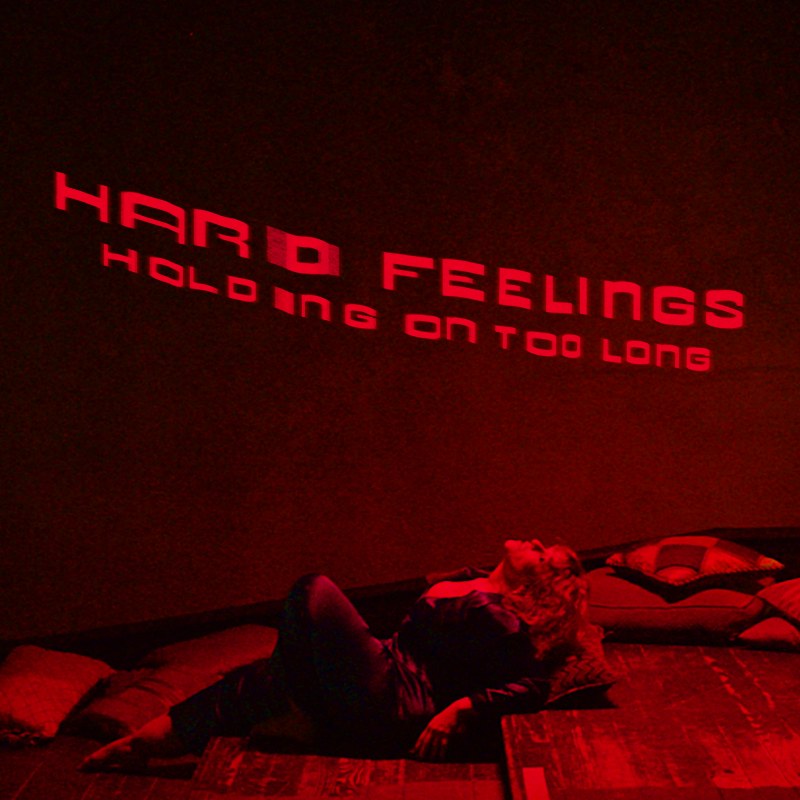 HARD FEELINGS Holding On Too Long

HARD FEELINGS Holding On Too Long