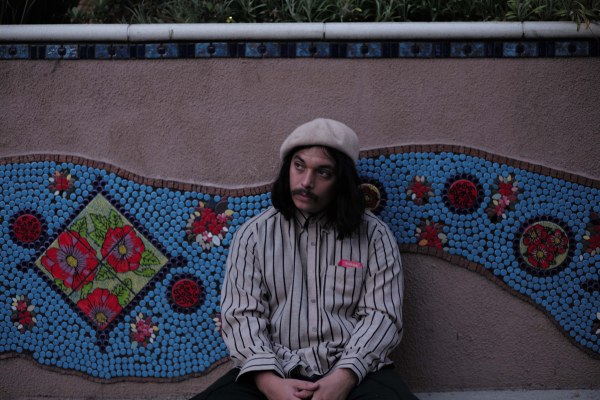 “Collins’ most focused effort yet” Pitchfork “A breezy, Laurel Canyon love-in featuring turns by Ariel Pink and Weyes Blood” 8/10 Uncut “Delicate, post-Beatles comedown music” The Guardian 4* “A coherent vision” Q 4* Last month, Drugdealer, aka Michael Collins, released the debut album The End of Comedy and now, he’s pleased to share the video for single ‘Easy To Forget’ ft. Ariel Pink. The video was directed by Collins and features an aspiring actress that he found wandering the streets of Los Angeles.

Collins on ‘Easy To Forget’ video: “I had this chord progression that I came up with right after I moved to Los Angeles 3 years ago, and then ended up writing it into a full song with Ariel. It was one the first things that felt seriously indebted to simply being on the west coast, and specifically recalled a sound from Los Angeles that I was always into. In LA, you often meet people who are actors on the street - uber drivers, waiters, valet, musicians, etc. We met Christiana Von Neissen (the actor in the video) this way - she was working at a bar. Immediately, she engrosses people in fabulous wandering storytelling, and sort of embodies a spirit of LA that I've come to love. I like videos that are more about setting a stage than coming up with tangential narrative to explain music; basically portraiture. We worked with her; a tour van, then we dressed and filmed two other people (Shags and Ben) who worked heavily on the album.”

The End of Comedy is a collection of vignettes - lucid, lysergic and organic - featuring homespun explorations of Carole King­-esque piano ballads, Bacharach-ian orchestration, the psych-­folk of Ultimate Spinach and Hendrickson Road House and even New York City subway jazz, all pulled together by Collins’s deft AOR auteurship and keen sense of humour.

All of these collaborators contribute essential bits and pieces that create the foundations of a beautiful, absurdist collection of songs that plays like a short film in which Collins journeys far and wide, popping in to various abodes, embracing friends old and new and casting a spell on them and us in turn.

The End of Comedy is available now digitally and on CD and LP.