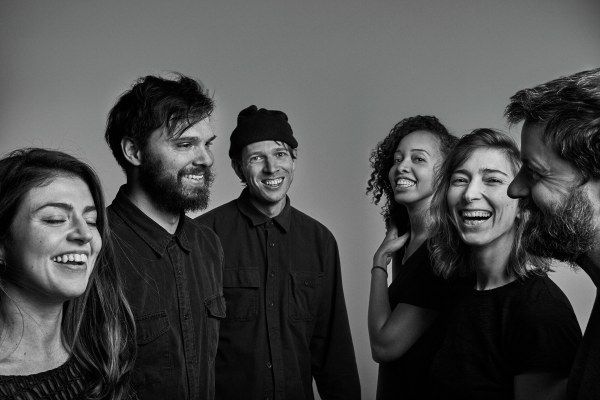 “That’s A Lifestyle” is a protest song, wrapping fiery, passionate lyrics in a beautiful melody, and the guitar arrangement finds acoustic 12-strings exploding into electric bursts and squelches. The video evokes Greco-Roman figures in minimalist hand drawn animations and was created by Kitty Faingold.

Read an interview with Dave and Kitty, the creator/animator of the video, here.

They discuss bringing the song to life as a series of ethereal animated sketches, Cronus the Greek God, the visual metaphor of broken statues as a vanishing empire and much more.

Lamp Lit Prose is available on CD, LP, and digitally here. The Deluxe LP is pressed on 180 gram limited edition red and blue starburst vinyl which contains a 16 page 6x11 libretto available exclusively on the Domino Mart. You can also pre-order the mystery color LP (red or blue!) from select indie retail shops in the US and UK.

Dirty Projectors are currently touring for the first time in five years and just played Governor’s Ball and two nights at El Rey in Los Angeles. On stage, Longstreth is joined by Baldwin (bass) and Johnson (drums) as well as three new band members: Felicia Douglass (percussion/vocals), Maia Friedman (guitar/vocals) and Kristin Slipp (keyboards, vocals). All dates are below, and are on-sale now via dirtyprojectors.net.