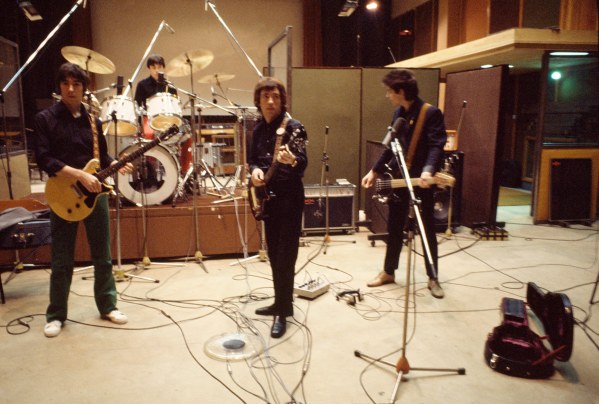 Buzzcocks, whose reissue campaign on Domino continues with the release of the latest pair of albums, A Different Kind Of Tension and Singles Going Steady, on Friday 14th June 2019, have announced details of a ‘What Do I Get? : 40 years of Buzzcocks and the art of Malcolm Garrett’, a very special exhibition celebrating the Garrett’s distinctive artwork for the band.

Also, having previously announced a concert at the Royal Albert Hall in London on June 21st 2019, the band, featuring Steve Diggle and the current members, recently confirmed they would continue and play the show by way of a celebration of Shelley’s life and musical genius following his untimely death in December 2018.

Supported by Skids and Penetration, additionally a host of special guests will be joining Buzzcocks on stage, including Paul Morley, who will be MC for the evening, Tim Burgess (The Charlatans), Captain Sensible and Dave Vanian (The Damned), Peter Perrett (Only Ones), Thurston Moore (Sonic Youth), Richard Jobson (Skids) and Pauline Murray (Penetration), as well as ‘classic’ Buzzcocks members John Maher and Steve Garvey.