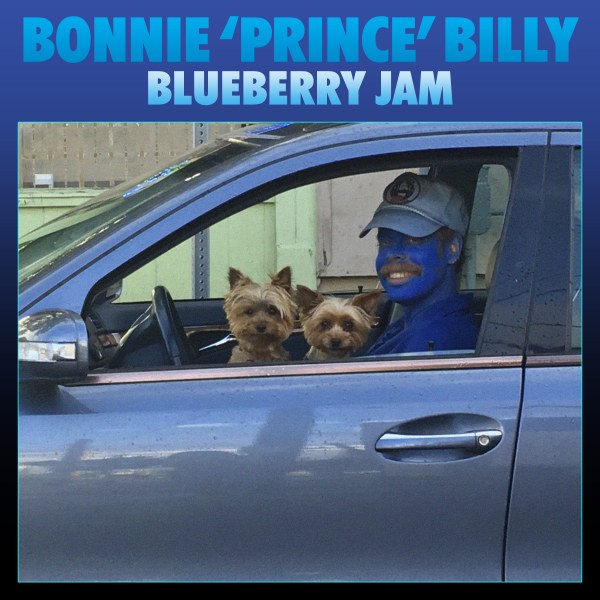 July, and the temperature's soaring, beyond even what we generally accord to this high season! Something's wrong, and it's not as simple as figuring out what your summer jam's gonna be - but we've got a suggestion for that: Blueberry! ‘Blueberry Jam’ by Bonnie 'Prince' Billy, that is - all-new, country-fried-yet-cool-and-soothing, a song of appreciation for the natural pleasures in life; tipping the cap to love and relaxation and blessed relief with a bounding beat that reaches to the sky among cascades of high-flyin' vibrations.

Naturally, this is essential listening; even more so when you find that ‘Blueberry Jam’ sings in response to one of the highly confusing collusions of current event and non-event that are pushing our collective body heat to the breaking point! It happened like this:

Bonny Billy and Lady Billy were living on the rim of the active volcano Kilauea (way back in January, when Halema'uma'u was still a lava lake).  They woke one morning to the news that a ballistic missile attack was underway, coupled with the advisory that they should "take immediate shelter" (?!).  Thirty minutes later, the warning was rescinded, but not before some serious synapse paths were re-mapped.  What could they do with such a soul-jostling? Fortunately, they had friends.  Friends who had supplied them with THC-laced chocolate covered blueberries.  Bonny sat down and scribbled out a paean to these blueberries, to all blueberries, then closed his notebook and that was that.  A couple of weeks later, a call came from Chris Garcia, of the legal weed boutique Hi Fidelity in Berkeley, California.  He wanted to open his shop in style, and thought that maybe a collab with the 'Prince' would help.  Bonny re-opened the notebook and cranked out a jammer, a fruit-filled jammer to end all fruit-filled endeavours.  He brought the song to Nashville where, under the guidance of dear friend and colleague David "Fergie" Ferguson, the song was brought to mouth-watering life.  Also on hand to make dreams into reality were guitarist Matt Sweeney and drummer Pete Townsend.  Back in Kentucky, Tim Morton conceived and executed the video clip that makes us, all of us, smile.

And that's what we need more of - smiling, digging great stuff and working together on even more great stuff - instead of running for cover from disasters that aren't even there and creating other disasters in the process. Get it together, get off your ass and ‘Blueberry Jam’!