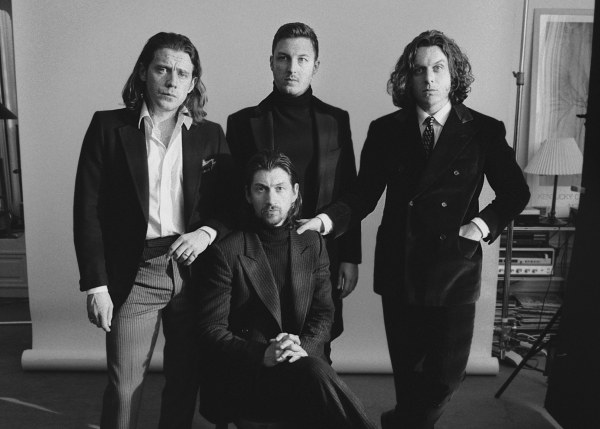 Following the release of their new album ‘Tranquility Base Hotel & Casino’ last Friday, Arctic Monkeys today announce a very special show at the iconic Royal Albert Hall in London on the 7th June in aid of War Child UK.

To obtain tickets the public will be invited to enter a ballot which is open from 10am today (Wednesday 16th May) until 8pm on Sunday 20th May via https://amballot.seetickets.com. It will cost £2 to enter the ballot and all proceeds go to War Child UK. The successful entrants will be notified by email on Monday 21st May and will have 24 hours to purchase their tickets.

Tickets are limited to 2 per person and start from £45. No Under 5s and children under 14 must be accompanied by an adult in seated areas. No under 14s in the Standing Arena.

All profits from the event will go to the band’s chosen charity ‘War Child UK’. War Child UK, together with its partners, works in 15 countries across Africa, Asia and the Middle East, and Latin America providing protection, education and standing up for the rights of children caught up in conflict.

Rob Williams, CEO of War Child UK says: “We are delighted that the Arctic Monkeys will be dedicating their time and efforts to helping children affected by war by performing a show for War Child, and it is a huge honour that they have chosen to support us. The money raised from this show will allow us to continue our life-changing programmes and reach even more children who have had their lives torn apart by conflict. With 250 million children in the world today affected by war, the need is as great as ever to stand up for their rights.”

To find out more or to donate, visit www.warchild.org.uk

Arctic Monkeys’ ‘Tranquility Base Hotel & Casino’ is out now via all outlets.