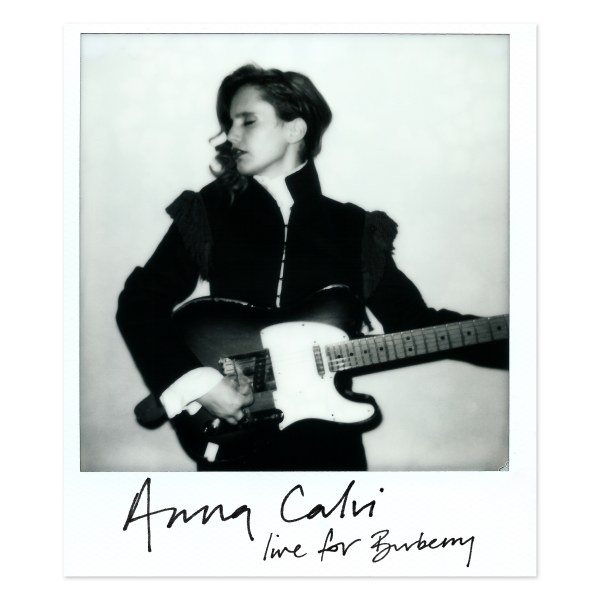 Burberry premiered its February 2017 collection for men and women, at its Makers House show venue in London on Monday night.  Anna Calvi performed the show’s live soundtrack from a balcony overlooking the runway, accompanied by her band and members of the Heritage Orchestra & Choir. Her set list included her new track ‘Whip The Night’ and a cover of Christine & The Queen’s ‘iT’ and is available to purchase on iTunes and can be streamed HERE.

The ‘Live For Burberry’ EP features a number of special previously unheard tracks and reworkings of some familiar Anna Calvi originals.  Receiving its worldwide premiere at last night’s show, ‘Whip The Night’ was created by Anna for the illustrious Robert Wilson’s forthcoming theatrical production ‘The Sandman’, starting this May in Dusseldorf.  ‘Nathaniel’ shows off Anna’s guitar prowess and was written specifically for Burberry and ‘iT’ is a cover of Christine And The Queens’ glorious original (performed in front of front row attendee Heliose Letissier, filmed joining in HERE).

The tracklisting for the EP is as follows: