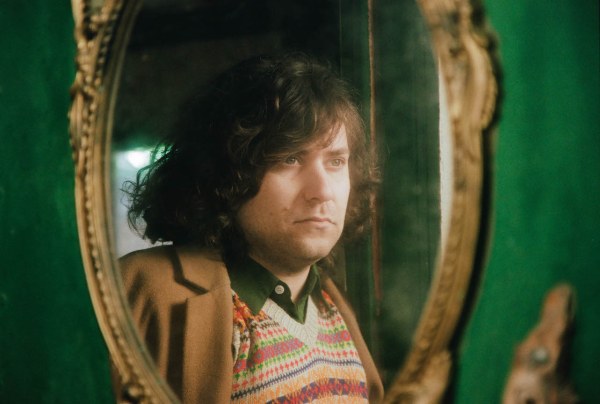 Today, singer-songwriter Alex Izenberg returns to announce his third full-length album, I’m Not Here, due for release on May 20th via Weird World. Coinciding with the announcement is the release of new track “Egyptian Cadillac,” an upbeat, playful romp featuring woodwinds and a wailing guitar. It arrives with a video directed by Giraffe Studios and starring Ray Wise who played Leland Palmer in David Lynch’s cult TV classic, Twin Peaks.


Izenberg says, “I’m getting closer to making the unconscious conscious with this song and the others. It is difficult to just write when you are constantly bombarded with what is right or wrong, I’ve started looking within more so than before.”

Reading about Alex Izenberg, one picks up on repeated phrases, words like “enigmatic” and “reclusive'' applied to the Los Angeles songwriter. Izenberg transcends those quick descriptors and manages a paradoxical and visionary trick with his third LP, the majestic and floral pop opus I’m Not Here: he disappears completely while simultaneously revealing more of himself than ever before.

Drawing inspiration from the writer and theologian Alan Watts, who wrote and spoke of life as a drama in which we put on and remove masks (or personas) to fit our moments, Izenberg’s new songs forged pathways toward universal awareness while retaining a sense of playfulness. Shifting between these modes, Izenberg’s songs recall one of Watts’ famous quotes: “You’re under no obligation to be the same person you were five minutes ago.” Tellingly, the cover of the album features the stark image of a mask, a nod to the malleable sense of identity that Izenberg explores on the album. “Above all, my biggest inspiration while writing this record was the idea of the joker, the one who can be any card in the deck.” Izenberg explains.

Open about his diagnosis as a paranoid schizophrenic, Izenberg doesn’t shy away from complex topics in his music: heartbreak, confusion, and grief. Work on I’m Not Here began in earnest following the passing of his dog and best friend Larks, named for Larks’ Tongues in Aspic, the 1973 album by King Crimson, one of Izenberg’s favourite bands. With the world around him collapsing and his faithful companion gone, Izenberg settled deeply into himself and his imagination, looking for escape and reprieve.