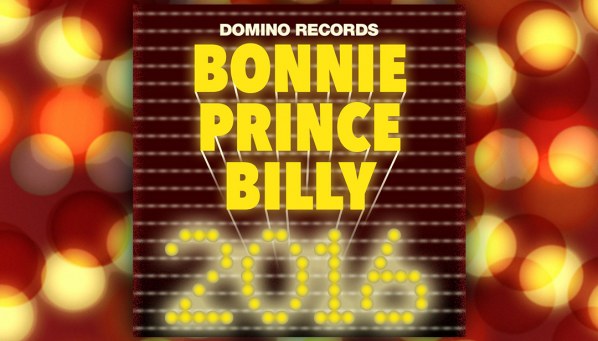 POND SCUM is a collection of recordings made for John Peel’s much-listened-to BBC radio show, at Peel’s request.  These are various Palace/Will Oldham/ Bonnie Prince Billy sessions; the lines are blurred.  The performances are mostly Oldham solo, with David Heumann singing and playing baritone electric on the songs from one session.  Heumann also wrote the liner notes for the POND SCUM record.  The cover photos are by Dan Koretzky, and they evoke simply the landscapes from the EASE DOWN THE ROAD cover art.  Elsa Hansen (soon to be Elsa Oldham) stitched different portraits of Peel for the different physical release formats.

Bonnie Prince Billy and Bitchin Bajas circled each other for a time before being properly introduced.  They joined forces for a deep winter tour together, and soon began to hatch a plan to somehow build a set of music together.  They convened first in Louisville.  Cooper Crain, of Bitchin Bajas, found a reel-to-reel tape recording machine at Oldham’s workspace and immediately put it to use.  Oldham dug up his collection of Chinese restaurant fortune cookie fortunes, from decades of munching fate, and used these for the lyrics to be sung, chanted, etc.  Rob Frye and Daniel Quinlivan, along with Crain, brought their wizardry to the proceedings, and after a couple few days a record was beginning to take shape.  Another session was arranged in Chicago, at the Bajas’ music space, to finish up.  The resulting collaborative record is called EPIC JAMMERS AND FORTUNATE LITTLE DITTIES, after a phrase Frye used to sum up what had gone down in the recording sessions.  Tours were mounted, in Japan and Spain, with odd shows here and there in the USA.  The joined forces performed at the Calgary Folk Festival as well as London’s Cafe Oto.