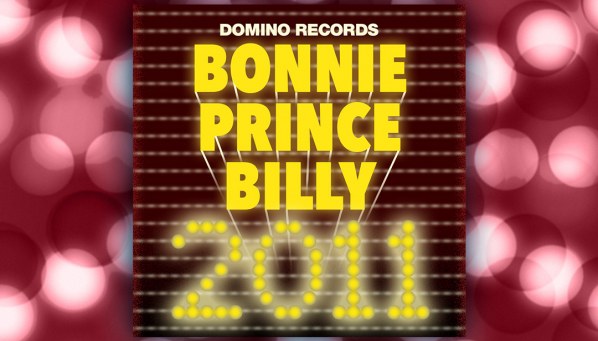 Bonnie “Prince” Billy – There Is No God – Streaming Now

Will Oldham first heard Kevin Coyne and Dagmar Krause’s BABBLE record from friends Rich Schuler (the original drummer for Louisville’s King Kong). He becameengrossed and enchanted, maybe a little obsessed, to the point where he began to envision covering the entire record from beginning to end. The biggest issue Oldham faced in undertaking this endeavor was that the music required a skilled, emotional, dynamic female singing counterpart, and he hadn’t yet met someone to perfectly fit the bill. He played the record for Emmett Kelly and Kelly was similarly compelled. Then one day Kelly called Oldham to say that he might have found a singer up to the task, a musician living in Chicago named Angel Olsen. Olsenmade a demo of one of the BABBLE songs and sent it to Oldham. Trusting Kelly’s instinct along with what was evident on Olsen’s demo, Oldham asked Olsen to join the Babblers, which was the name being assigned to the ensemble who would convene to make the BABBLE project real. The full band would be Kelly, Olsen and keyboard player Ben Boye, all based out of Chicago; then Oldham, bassist Danny Kiely (of the Picket Line) and drummer Van Campbell (of the Black Diamond Heavies), all out of Louisville. The first task at hand for this band was to tour the BABBLE record. Oldham bought patterned fleece hoodie-footie pajamas for everyone in the band. Each musician had to bring his or her own stage lighting. Then a tour was booked. It was billed as a Bonnie Prince Billy tour with openers The Babblers out of Shreveport, LA. Promoters along the way were told that the two acts would share gear, and that Bonny’s tour manager would handle business for both the headliners and the openers. Audiences were not informed at all about who or what the Babblers would be. The tour was a musical success.

Next up, Oldham wanted to record three singles, each single representing a significant branch of the Bonny musical story at that time. The first single was a Bonnie Prince Billy & the Cairo Gang 10”, featuring two new songs, “Island Brothers” and “New Wonder” (a powerful video was shot for the latter song by filmmaker Rick Alverson). The aforementioned BABBLEsextet was the band, with a guest appearance from Rob Mazurek. The artwork was made up of photographs by New York Times photographer Damon Winter; the photos were from Winter’s coverage of the devastation wrought in Haiti by the massive earthquake of 2010.

Then, a Matt Sweeney & Bonnie Prince Billy 10” single was recorded in Nashville at the studio of David Ferguson, who also played bass. Sweeney and Oldham had each separately met Ferguson during their respective workings with Rick Rubin on the Johnny Cash American Recordings. The single included “Life in Muscle”, originally conceived for (but not used in) Richard Linklater’s film FAST FOOD NATION. The other side of the record was a new song for which Oldham and Sweeneyswitched hats: Sweeney wrote the words for “Must Be Blind” while Oldham was responsible for the music. The great Ronnie McCoury played mandolin on the session. The back cover photo features Sweeney and Oldham at the New Orleans JazzFest, with Lionel Richie performing live on the JumboTron screen in the distant background.

Finally, a third 10” single, credited simply to Bonnie Prince Billy, was recorded in Nashville by Mark Nevers. “God is Love”had been written along with THE LETTING GO songs but never fully recorded. “There Is No God” was written for an Oldham Brothers EP that was never completed. Ben Berman made a video for “There Is No God”, introducing the character of Zombie Bonnie, who would appear in many an Oldham/Berman collaboration as the years rolled on. A ringtone was made available of Rachel Korine and Cassie Berman singing the chorus of “There Is No God”. The cover art for this single was made up of monochromatic paintings by Tracy Nakayama.

In a first for him, Will Oldham scheduled a recording session and performed all of the material to be recorded PRIOR to the session itself. There was a free tour of Florida featuring Oldham with Emmett Kelly and Angel Olsen; all shows were at record stores and radio stations, no money changed hands. This helped the three singers work out some of their voice harmonies. There was also a show in Chicago’s Millenium Park at which all of the songs intended for WOLFROY GOES TO TOWN were performed. The band was the Babblers band: Oldham, Kelly, Olsen, Ben Boye, Van Campbell and Danny Kiely. For the recording, which took place in Louisville in the same small room that had previously hosted the recordings of “Chijimi” and THE WONDER SHOW OF THE WORLD, Shahzad Ismaily was brought in to oversee the engineering. The cover of WOLFROY was made by Sammy Harkham. The title comes from a painting by Lori Damiano. Two songs were recorded in Louisville later as B-sides to a “Quail & Dumplings” single (for which Ben Berman made a wonderful Polynesian video shot on Oahu). These were “Black Ice Cream”, which was written along with the LIE DOWN IN THE LIGHT group of songs but not recorded then, and “E Iesu”, a song sung in Hawaiian which was learned from a recording by Darren Benitez.