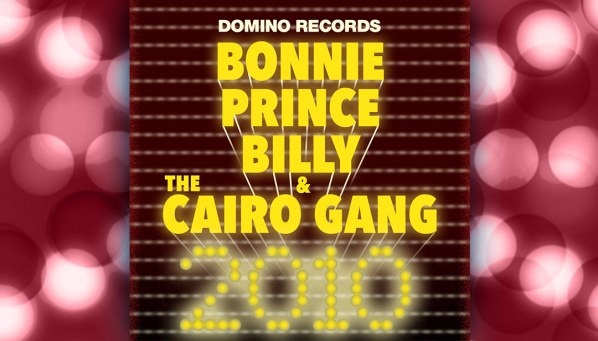 I would receive a manila envelope at certain intervals. the envelopes contained finished works of lyric. completed music-less songs. I was living in the farmhouse that was once Will’s brother Paul’s home and studio. The house was somewhat of a husk of that previous existence placed in a small clearing inside of a 170 acre cornfield. I sought to live here as a come down from what had been the longest tour I had been on thus far. I was burnt out on people, and as what I find men in their late 20s tend to do, I had idealized the idea of being totally isolated from people. Live alone out in the nature, or.. on a farm. During this time, I would receive a manila envelope. In it would be 2 completed songs. And I would stand them up on my music stand and start playing guitar and messing about occasionally taking smoke(weed) breaks until my mind would start to sizzle, at which point I would ride my bike around the farms. i would ride and ride and ride until I was totally exhausted. No people anywhere, just bike, stop, bike. Ride to the taco stand, attempt to speak to the people working there(really good tacos in Shelbyville, KY!) ride home. Maybe veer off the path at times. Once I found a road I hadn't seen before and took it for a while to look at the tobacco fields turning brown as it was starting to get late in the season. There was a point when the road turned and there began this canopy of trees that covered the road like a tunnel. I rode and rode and when I reached the end of the tree tunnel, it was really starting to darken and I had no lights. I started riding back and of course got completely lost. Lost amidst endless tobacco and soybeans and corn. Old barns filled with tobacco. There was literally no hope of me finding the main road, and I rode in the dark for like 2 hours before I found some kids playing in their front yard. Straight out of a horror film, I rode up to them and asked hey, I'm really sorry, but I'm totally lost! Can you tell me how to get to the main rode.. the kids apprehensively walked up to me, saw that I was obviously confused and said. Yeah! You go that way for a little while and when you see a graveyard, turn left and take that road into Eminence, where you can meet up with the main road back to Shelbyville. Riding again, looking for a graveyard in the dark in the middle of nowhere, turn left, find Eminence! Get on the main road and ride along the shoulder with the semi-trucks and other trucks. Completely dark in the dark. I think I was wearing a straw hat. Eventually making it home, and exhausted went to sleep on the couch. Woke up to go and look at the words. Everyday it went on like this until one day I heard this noise outside the window. A huge and menacing noise, and when I went to open the curtain to look a giant machine came driving by. They were plowing the fields. And in a few hours, that enormous sizzling cornfield was no more. It was time to go. That was The Wondershow Of The World to me.

Recording the Wondershow was a wonderful respite from being in the studios we had been working in. Not that working the studios was particularly difficult or unrewarding, in fact they were all the opposite of that! But this was just us knowing that we could make our own record at home and do it how we wanted to, easily. Thats exactly what happened. It was immensely interesting to hear how Will would interpret the music I had written. I'm sure it was equally fascinating to him to hear how I imagined his words. But we never marry ourselves to a definitive version of anything. Everything is constantly morphing and changing. before this record, my experience making records with bonny was always an intense search party. We would be in a weird place, trying to do our best at being ourselves, which isn't exactly an easy task. Its like standing in front of a mirror naked, knowing that there is going to be a point when the rest of the world sees you standing there naked. you look there at your body thinking, yeah this is alright, its me, and no what the fuck, this sucks, I'm disgusting and back and forth. Everything you do comes back to you. My memory of The Wondershow was that it wasn't so much like this. It was us in “our” house. we are who we are. And it felt good. There were things I remember feeling during that session that are unusual to note. I remember cutting the drums for troublesome houses, we put the drum kit in the closet.. the drum kit was was one of those micro little I don't know what you call them, cocktail kits? But it fit right in there in the closet. This dead little room and I crawled in there and played it. I just remember feeling like I did as a kid making a clubhouse in my friend Jono’s weird little secret cupboard in the hallway. And the drums sound so good. Dead as dead can be just like I like them. i think that was a good moment for us in our paths making records. Because of course there are many approaches and many environments one can do this type of thing. But I think from that point, sorta it became the main place to make stuff. and its cool to realize you can do it sorta as good as anyone else can. haha. On the session we had with us Shahzad Ismaily mostly playing bass and some percussion and odds and ends. and for a little vocal addition our friend Phil Elverum was passing thru playing in town, and we convinced him to come and help us tell the “folks” to “go”.

Once we finished the album, we took a drive thru Oldham County and listened to it and signed off on it. I remember drinking a margarita with Will on Frankfort Ave once Shahzad left town. I said to him, “I cant believe its over!” To which he responded, “It’s only just started!”

The title came from three places.  It’s the tagline for the Burt Lancaster movie TRAPEZE; it’s a mutation of the title of the awesome TV series WONDERSHOWZEN; and then our own brains loved and embraced it because it was always meant to be.  Emmett had been wrapping Bonny jams in brilliance for a number of years, and it felt like a good time to explore Cairo jams in a more fully collaborative approach, building the songs together from the ground up. I was spending a lot of time in Richmond, VA, working in a movie that eventually came out as NEW JERUSALEM, directed by Rick Alverson (who would soon direct a clip for the Bonny/Cairo jammer “New Wonder”).  In that film, I play a fundamentalist Christian, and the job required that I improvise all of my dialogue, so I was pretty deeply soaked in American Christianity at the time.  We recorded twelve songs.  In part due to the time limitations of a single LP and in part due to their sticking out a little bit, thematically and structurally, we cut two songs from the LP and simultaneously released a 7” single featuring those two songs, “You Win” and “Midday”.  My mom, Joanne, had made a lot of artwork over the years for various records.  At the time of WONDER SHOW, she was getting well into Alzheimer’s.  I asked that she make some work for the record that Emmett and I were making.  She was able to come up with a bunch of things, enough to use her spiral drawings for the full-length and a collage for the 7”.  Emmett’s dad, Chris, drew portraits of Emmett and I for the back covers of the LP and 7”.  Chris Kelly passed away soon after, and Joanne’s Alzheimer’s soon robbed her of her abilities to make further art, so the fine work that they did here represents, in tragic coincidence, the closing pieces of Chris Kelly’s and Joanne Oldham’s lives in art.

The last song on the record, “Kids”, was inspired by Piero Ciampi’s “Sporca Estate”, which we were asked to perform in Sicily in the year prior to the writing and recording of WONDER SHOW.

The record was made in the same little room where we made “Chijimi”.  The vocal/drum booth was a tiny cedar-lined closet that reminded us, sonically, of nothing less than the vocal booth in Willie Mitchell’s Royal Studios in Memphis, where the vocal sound of Al Green, Ann Peebles, and Syl Johnson was solidified.  Jim White had got us into that studio when we were in Memphis on tour.

Eventually, Bonnie Prince Billy & the Cairo Gang toured the USA and then toured the Netherlands.  Simona Dalla Valle made a documentary of the latter tour called THE ROYAL DUTCH TOUR.