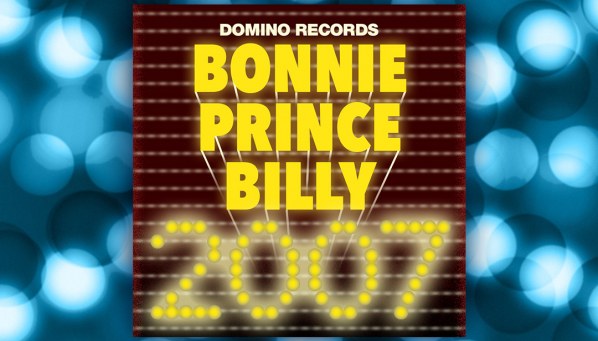 Like GREATEST PALACE MUSIC before it, ASK FORGIVENESS was more explicitly a master class than a regular record-building session.  In the case of the former, Mark Nevers facilitated an experience in which Will Oldham could butt heads, in the best of ways, with the seasoned and storied top-tier session musicians of Nashville.  And the meat of those sessions was that interaction and the subsequent interactions with Oldham’s friends and comrades on previously-recorded songs.  ASK FORGIVENESS was about working with Meg Baird and Greg Weeks, both then of the group Espers.  Oldham had seen Espers perform in Santa Monica at McCabe’s, on a bill with Michael Hurley. Listening to the Espers records, he was particularly taken by their collection of covers THE WEED TREE.  And so he figured to ask Weeks and Baird if they’d join him in tackling a set of other people’s songs, just as an opportunity to working the same room with them on somewhat equal footing.  Further, Oldham thought it would be good to collect others’ songs that focused specifically on first-person identity themes, songs including Phil Ochs’ “My Life” and Glenn Danzig’s “Am I Demon?”  These were songs that had been in Oldham’s brain for most of his life; a song Frank Sinatra had popularized, “Cycles”, had been in Oldham’s record collection since before his voice broke.  Oldham mashed up two Merle Haggard hits here, “The Way I Am” (written by Sonny Throckmorton) and “I Take a Lot of Pride in What I Am”, in the middle of which medley he jammed a line from the Mekons’ “(Sometimes I Feel Like) Fletcher Christian”. The record was recorded in Week’s studio in Philadelphia during a very hot summer.  The mastering engineer was Paul Hammond, who went over the sparse takes with a fine toothcomb with Oldham by his side, mouth agape.  Lori D drew some of the artwork elements and designed the poster.  The front cover is a pencil drawing of Oldham, intended to mimic the solipsism of the songs’ subject matters.  The pencil artist was a high school classmate of Oldham’s, Timothy Still.  Oldham and Still had not seen each other in many years; Oldham found one of Still’s business cards advertising his artistic skills pinned to a bulletin board in southern Indiana.  Also featured in the artwork were photographs that Oldham had taken of kids in Kashmir and Ladakh many years earlier.

Dawn McCarthy’s work on the demos for THE LETTING GO are very special.  Though the sound quality is objectively poor, the artistry on display is epic.  It’s understandable that for a small but strong audience, audio fidelity is hardly a matter worth discussing; we get the music however we can, however it exists.  With this in mind, it was decided that a small run (though not small enough, as there are still physical copies available) of the Oldham/McCarthy demos be pressed as a CD, under the title WAI NOTES (WAI being the original intended title of THE LETTING GO).  The artwork is by Magnus Johnstone, then of Blue Hill, Maine.  Oldham had learned of Johnstone’s MANGA zine through artist Spencer Sweeney.  Oldham had commissioned pieces from Johnstone before for t-shirts and for the Amalgamated Sons of Rest EP (made with Alasdair Roberts and Jason Molina).  WAI NOTES features most of the songs from THE LETTING GO, plus the song “God is Love” which was later rewritten, rerecorded, and released as the b-side of the “There Is No God” single.