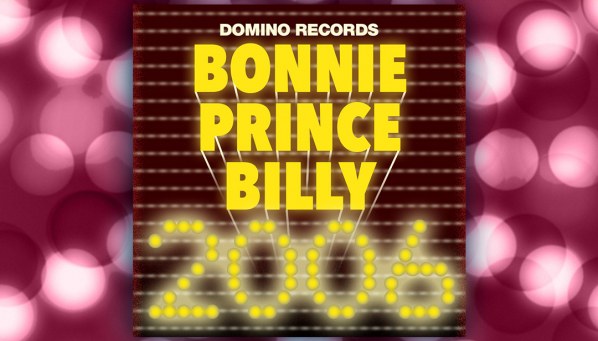 If they hadn’t before, the Bonnie recording sessions by 2006 started to resemble the assemble-the-team movie genre a la THE DIRTY DOZEN or THE DOGS OF WAR.  Here’s how the LETTING GO team members, all experts in their own spheres of musical excellence, came to be a part of the recording session that yielded such a record.

Of course, Paul Oldham was deeply enmeshed in the Bonny zone, having recorded and/or played on almost all of the Bonny sessions up to this point.  Jim White had worked with Will Oldham on multiple tours and recording sessions.  The newcomers were Emmett Kelly, Valgeir Sigurdsson and Dawn McCarthy.

Oldham had met Kelly on numerous occasions, always in Chicago, always late at night at the Rainbo Club.  It’s not what you think, although it would be fine if it were.  It wasn’t until Kelly came through Louisville as part of Azita Youssefi’s touring band that Oldham realized what kind of power Kelly had at his disposal. He asked Emmett to join the session, sending him demos for the songs as well as a copy of WORLD LIBRARY OF FOLK AND PRIMITIVE MUSIC VOLUME V: YUGOSLAVIA and asked that Emmett attempt to fuse the two in his mind.

Oldham had met Bjork through Harmony Korine, and eventually Bjork invited Oldham to join her tour as an opening act.  During this tour, Oldham got to know musician/producer/recording engineer Valgeir Sigurdsson.  Valgeir suggested that they tackle a project together, and the idea was filed away.  Oldham and Valgeir met again when Bjork and Matthew Barney asked Oldham to record the voice part for a piece on their collaborative film-and-music project DRAWING RESTRAINT 9.  Valgeir was the engineer on that session, and once again brought up the idea of working together on something.  Oldham had just been building the collection of songs that would be THE LETTING GO, and leapt at the chance to bring the songs to Valgeir’s Greenhouse studio in Reykjavik.

Dawn McCarthy’s main public musical endeavors existed under the name FAUN FABLES.  Oldham had first heard FF’s MOTHER TWILIGHT record in the house of a Seattle audience member who had allowed the Bonny band to pitch tents in his back yard after a show.  It was a life-changing moment for Will.  He soon contacted McCarthy and asked if Faun Fables might be willing and able to open some shows on a Bonny tour.  She agreed, and came along as a solo act, traveling in the Bonny van (the “Freedom Joint”) together with the whole band.  Will and Dawn worked out the Everly Brothers’ “So Sad (to Watch Good Love Go Bad)”, which they performed together during the tour.  Dawn the Faun’s mysteries only got huger, to Oldham, so he invited her to come work on a slew of new songs.  He sent her demos of the songs that he’d recorded onto a handheld cassette player.  She brought the demos with her on a Faun Fables tour and began to work out her parts, which she then laid down using a cassette 4-track machine.  When Oldham heard the first moments of Dawn’s demos, he knew the record was going to work.

On the way to Iceland, Oldham played a couple of shows in Venice, Italy with Current 93.  At one of the shows, he played most of the new songs about to be recorded in Rejkyavik.  It was winter of 2005, and the nights in Iceland were long indeed.  The assembled musicians got to work.  Once acceptable takes were gathered for all of the songs, everyone piled into a car and drove into the wilderness, to a cabin owned by Valgeir’s family.  Valgeir cooked a feast of whale meat, and the recordings were listened to.  There was satisfaction in this listening session.  It should be noted that each band member plays a keyboard solo on at least one song on the record.

Everybody flew home.  Oldham and Valgeir agreed that many of the songs called for string arrangements.  Oldham suggested his cousin Ryder McNair as an arranger, and Valgeir suggested composer Nico Muhly.  They compromised and sent the recordings to both arrangers, agreeing to listen to the results with open minds.  In the end, two each of McNair’s and Muhly’s were the obvious best choices, while the arrangements of both were put into play for “The Seedling”.  Oldham came back to Iceland for the recording of the strings and for the mixing of the record.

During the break between tracking and mixing, Oldham had found a book called GOOD MORNING, MIDNIGHT on a remainder table at a book store.  The title struck him, because Oldham recognized it as a lyric from the Mekons song “Oblivion” (he didn’t recognize it as an Emily Dickinson line, which is its original provenance).  He brought the book with him to the mixing sessions, and buried his nose in it while Valgeir twiddled knobs.  The record was originally going to be called WAI, but Oldham was concerned that such a title was more than a little confusing.  It was from the pages of Chip Brown’s GOOD MORNING, MIDNIGHT that the title for THE LETTING GO was fixed upon, as well as the title for the song “Then the Letting Go” (originally titled “Letting Go of a Little Girl”).  There were many Emily Dickinson tie-ins, many unintentional.  The last track on the record (not counting the ‘hidden’ cover of “Ebb Tide”) is “I Called You Back”; Oldham later learned that the epitaph on Dickinson’s headstone reads “Called Back”.

The cover photographs for THE LETTING GO were taken on the windward side of Oahu by Oldham.  British artist Becky Blair painted paintings for the artwork.  Three TV commercials were made with Neil Hamburger prior to the release of the record.  Videos were made by Oscar Parsons, Jennifer Parsons, and Will Oldham for “Strange Form of Life” and “Ebb Tide”, by Andy Bruntel for “Cursed Sleep”, "The Seedling" video by Aran Reo Mann and by Vernon Chatham and John Lee for “Lay and Love”.  Coincidentally, BPB was asked to perform on the Conan O’Brian show on the release day, September 11th 2006.  The band for this performance included Jim White, Matt Sweeney, Paul Oldham and Andrew WK, and they played “Strange Form of Life”.