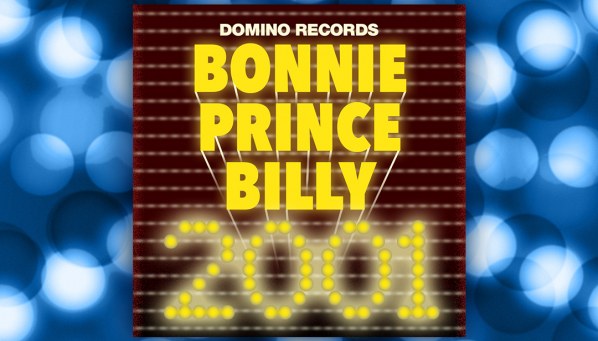 The I SEE A DARKNESS session had gone well; not a lot of panic, all of the desperation in the lyric instead of in the room in which it was recorded.  As he had done before and would try to do again, Will Oldham attempted to re-create some of the circumstances that helped DARKNESS come to be for the next full-length recording session.  By this time, Oldham had moved to Baltimore where his brother Ned lived with his family.  Houses were inexpensive there too, and there’s an international airport.  He met drummer Jon Theodore there, and invited him down to Paul Oldham’s Rove Studios in Shelbyville, KY for a week of basic tracking.  Mike Fellows was asked to play the bass.  Oldham had gotten to know Fellows first through the Royal Trux (for that matter, that’s how he’d first heard Theodore as well), and had gotten to know him better in New York City.  The plan this time was to head to Shelbyville for a month, bringing in musicians two or three at a time.  Along with engineer Paul Oldham, the crucial co-conspirator on this session was co-producer David Pajo.  Oldham and Pajo billed themselves as the Continental OP when they worked as a collaborative duo, named for the Dashiell Hammett character.  It was summer time, and the corn surrounding the house in Shelbyville was high.  Fellows nailed all of the bass parts but one, the part for what would be the title song, “Ease Down the Road”.  For that, Ned Oldham was brought in.  Ned stayed to lay some gorgeous vocal harmonies down.  Non-musicians Bryan Rich and Harmony Korine were brought in to beef up the ambience, and beef it up they did.  Oldham had met Matt Sweeney on the streets of New York and they became fast friends and collaborators.  Sweeney came to the sessions and ended up opening the entire record with his electric guitar lick for “May It Always Be”.  Catherine Irwin, of Freakwater and the Dickbrains, drove over from Louisville to sing sweet high and clear.  Todd Brashear and Paul Greenlaw made great reappearances, singing and playing both.  The last musical collaboration with Oldham for both had been THERE IS NO-ONE WHAT WILL TAKE CARE OF YOU.  Matt Everett came down from Providence, RI to play violin.  In all, Oldham was gathering friends and forces from the first decade-plus of his professional life-in-music to make this record; the title points to an understanding of a place in motion.  Pajo and Oldham used auto-tune for the first time here, always on the backing voices, creating surreal soundscapes in the midst of evidently ‘real’ spaces.  Oldham, Fellows, and Theodore recorded two warm-up covers: the Ramones’ “Here Today, Gone Tomorrow” and  Tommy Collins’ “Carolyn” (written for Merle Haggard, this was the first of many Haggard-associated songs for Bonnie Prince Billy; the relationship culminated in the big BPB Haggard tribute BEST TROUBADOR from 2017).  The cover of EASE DOWN THE ROAD is a photo by Oldham of a mown path in the state of Maine, echoing and contrasting the stark black-and-white roadway from the back cover of THERE IS NO-ONE.  The back cover of EASE shows Pajo and Oldham on the front porch of the Rove house in Shelbyville.  Sammy Harkham once again illustrated the lyrics, and Dianne Bellino and Joanne Oldham each painted a small color piece for the interior artwork.  There was a poster for the record with a photo by Natasha Tylea of Oldham playing live at the Second Story in Philadelphia.  For the initial European CD release, Domino included a second, bonus disc containing songs from a BBC Peel session recorded during a Bonnie tour, performed by Oldham with Matt Sweeney (on guitar), Mike Fellows (on bass) and James Lo (on drums).  Songs included “Stablemate”, “What’s Wrong With a Zoo?”, and “I Send My Love to You”.