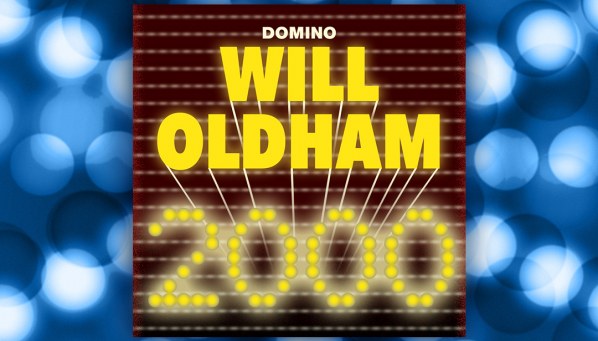 Continuing in the Colonel Parker model, the powers that bleat saw fit to collect a patchwork of Palace Musics and Will Oldham songs for a follow-up to LOST BLUES AND OTHER SONGS.  Mostly it was an act of gentle rebellion against the failure of the GUARAPERO session in Cotati, California, which cost a lot of effort and money.  There were great performances recorded at that session, two of which, “Call Me a Liar” and “The Sugarcane Juice Drinker” are collected on this LOST BLUES 2/GUARAPERO assemblage.  Will Oldham rescued the title from the unreleased record, guarapero being a loose translation of the phrase “sugarcane juice drinker”.  It is b-sides and unreleased songs collected here, including “O Lord Are You in Need” from a Peel session; “Big Balls”, inspired by the AC/DC jam of the same name and commissioned by the label Skin Graft for a series of AC/DC tribute singles.  “The Risen Lord” and “Boy, Have You Cum” are recordings of arrangements built for a US tour with the band Run On.  There was a single copy of a 7” of these two songs preseed and given to Steve Albini.  “Gezundheit” is an early 4-track recording referencing early Oldham hero Phil Ochs.  “Let the Wires Ring” is a handheld-cassette-player recording of a demo intended for the Palace Brothers record THERE IS NO-ONE WHAT WILL TAKE CARE OF YOU.  Also featured in a hidden track on the CD (you need to skip backwards from the beginning of the disc to hear it, a mechanism which confused many who listened to CDs on their PCs), “Apocalypse, No” with productions and arrangements by Jim O’Rourke and Sean O’Hagan.  The front cover was a collage by Dianne Bellino, the back a photo by Cynthia Kirkwood.  A with the first LOST BLUES collection, painter Steve Keene was called upon again to create supplemental imagery for the campaign to spread the word about LB2, which Keene responded to with enthusiasm and breathtaking result.

All Most Heaven - Rian Murphy and Will Oldham - Streaming Now

In early 1997, Rian Murphy had worked with a group including Jim O'Rourke in Chicago for the production of Edith Frost's Calling Over Time. In the months that followed, Oldham suggested they do a production involving himself, Murphy and O'Rourke, in which Oldham would demo the songs and hand them over to Murphy and O'Rourke, who would create productions to be sung over with all-star singers to be determined later. A cassette with four songs was delivered, and based on the unusual, sometimes onomatopoeiac nature of the lyrics,  O'Rourke made musical arrangements with an eye towards a certain chamber-pop lushness. He and Murphy tracked the four songs at the now-defunct Solid Sound studio in northwest suburban Hoffman Estates, with a band including Jed Bishop, Michael Colligan, Kevin Drumm, Darin Gray, David Grubbs, Thymme Jones, Fred Lonberg-Holm, Joan Morrone, Julie Pomerleau, Rick Rizzo and Neil Rosario. Rian and Jim supplied scratch vocals and the songs were rough mixed in preparation for distribution to selected singers. Names like Eddie Vedder and Lucinda Williams were suggested, but nothing more than initial contact was made. This part of the process stretched over many months, and in the following year or so, lead vocals were solicited from Bill Callahan and Laetitia Sadier and recorded at Electrical Audio. During this time, Oldham also sang a set of leads for the tunes, and mixes were dispatched to a film project he'd availed several of the tracks to. Additional overdubs by Murphy, with a drum performance from Rich Shuler, were added at the also-now-defunct Airwave Studio (home to one of the city's last old-school acoustic echo chambers) in Chicago's Roscoe Village. At this point, the project was two years old and two of the four songs didn't have finished lead vocals, according to the original plan - or all four songs had Oldham singing lead, depending on how it was regarded. In the interest of finishing the EP before yet another year passed, mixes were prepared with Oldham's vocals and the leads of Callahan and Sadier reduced in scale - Callahan in "duet" with Oldham and Sadier relocated to the harmony choir. Final overdubbing and mixing was undertaken back at Electrical Audio. Archer Prewitt added a variety of things including a vocal trio arrangement sung by Archer, Edith Frost and Kelly Hogan. Then it was done! For the cover art, a photo session involving a truckload of antiques and 18th-century costumes was executed in the what is now called the Cortelyou Common building on the campus of DePaul University, where Murphy's father taught theatre. Oldham supplied the title and that was all she wrote. Murphy and Oldham subsequently played the songs together on a midwestern tour in the late summer of 2001.