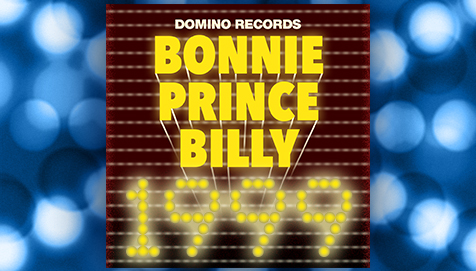 GUARAPERO session success notwithstanding, Will Oldham’s connections with the Dirty Three’s Mick Turner and Jim White continued to strengthen.  All three participated in the European tour by the Boxhead Ensemble in support of the documentary film DUTCH HARBOR.  Later, Turner sent Oldham some recordings he’d been working on.  These were solo recordings done on guitar and organ, using loops in an organic fashion still pretty much unique to Mick Turner.  The pieces were meditative, organic, and inspiring.  Turner asked Oldham if there was anything he could contribute to the pieces.  Oldham took the challenge, even as he was daunted by the task of potentially marring these transcendent musical creations.  Eventually, Oldham thought it best to triangulate, finding a third, passive, collaborator in the great Bengali poet Rabindranath Tagore.  Using Tagore’s GITANJALI collection of poems and meditative mini-stories as a lyric basis, Oldham built lyrics and melodies to complement what Turner had brought to the table.  Oldham’s voice parts were recorded by Paul Oldham at Rove Studios in Shelbyville, KY, and the results were became the EP GET ON JOLLY, credited to the Marquis de Tren (Mick Turner) and Bonny Billy.   Bonny and the Anomoanon were still operating outside of the Drag City system (though still within the Domino system for Europe), so the artwork was laid out by Louisvillian-cum-Baltimoron Jeremy Devine and featured a painting by Turner. A tour was undertaken and Jim White (drums) and Paul Oldham (bass) joined Oldham and Turner.  A couple of new pieces were created to flesh out the set; all eight pieces were recorded live in the studio in Baltimore and released as a CD-only called GETTHEFUCKONJOLLY.  Turner and White, around this same time, began recording and performing as the Tren Brothers.