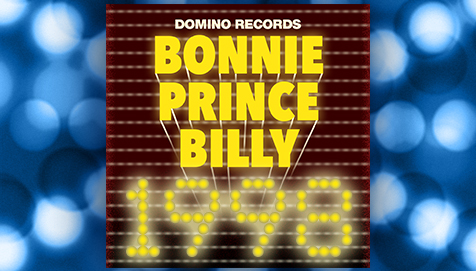 There was a song left out of the sessions for JOYA, called “Joya”.  The idea for the title of the song and the record was to pay tribute to the Minutemen’s 7” Ep “Joy” as well as to, well, just JOY, and then to augment both and all with an extra vowel.  After the JOYA recording, Will Oldham and Bob Arellano went to Mexico.  They landed in Monterrey and discovered that there was a soft drink factory there which mainly made and bottled a drink called “Joya”.  So they toured the factory.  They went to cockfights, to bullfights, and to the desert to feast on nature and her cactile offerings.  Upon the return to the USA, Oldham was very sick, struck by some long-dead phantom’s revenge in the form of amoeba or microbe broadcasting evil from the gut outwards.  A session had been booked in Chicago, with Rian Murphy overseeing and Liam Hayes and David Pajo playing.  Oldham was able to make it through the completion of just the one song, “Joya” before fading out all together.  Other songs were begun but left hanging on the line, never to be reclaimed.  To flesh out a CD-only release, Oldham recorded some electronic onanism on a digital sequencer. “Little Joya” became a three-track wonder.

In the wee world of Palace/Oldham doings, a seismic shift occurred in 1998.  The previous years of action and reaction had helped identify, for Will Oldham, what it was to be a worker in song.  There was a tour in Australia, with an ensemble featuring Mick Turner, Liam Hayes, and Jim White.  How was it billed? We don’t know; you’d have to look up fliers or other show info to say.  On the return flight, home to America, Oldham came up with the idea of “being” someone, of embodying, officially, a singer upon whom both audience and creator could project character and intention.  He thought to name the singing thing “Bonnie ‘Prince’ Billy”, after R.L.Stevenson’s fictionalized Bonnie Prince Charlie vitamixed with Nat “King” Cole and William “Billy the Kid” Bonny.  He started work immediately, on the plane, on the first three Bonny jammers: “One With the Birds”, “Southside of the World”, and “Banana Blood”.  The songs were songs, with verses and choruses and middle-eights, and were intended to span the chasms between devastation and melodrama, horror and humor, honesty and constructed pretense; as authentic as any vaudevillian or thug crooner ever aspired to be.

Oldham had begun to grasp what it was to be an identified and identifiable recording and performing voice.  Rather than hide under the table, he opted to crawl furiously into the bull-ring and own the newly-created musical being.  There was a burst of singles: “I Am Drinking Again”/“Dreaming My Dreams”(a cover of the song by Ireland’s Cranberries), “Black Dissimulation”/“No Such As What I Want”, “One With the Birds”/“Southside of the World”, and “I Confess”/“Sun Shines Down”(these last two are covers of songs from Kevin Coyne’s BABBLE record, which was later covered in full by the Babblers, a band made up of Ben Boye, Van Campbell, Emmett Kelly, Danny Kiely, Will Oldham and Angel Olsen).  Rather than confuse his community, Oldham struck out with the Anomoanon (Ned Oldham, Jack Carneal, Aram Stith, Jason Stith, Willie McLean) to create an (even more) independent Palace Records.

Paul Oldham had gone to university to study audio engineering, working towards the same recording degree at Indiana University that Todd Brashear and Grant Barger had earned years before.  Paul and Will moved into an old farmhouse in Shelbyville, KY and Paul set up his Rove Studio there.

The sessions for I SEE A DARKNESS were longer than any previously undertaken by Will.  He blocked out a month to make the record, first doing basic tracking with Pete Townsend (drums) and Paul Oldham (bass).  Lead voice and rhythm guitar were tracked live with bass and drums.  Paul was the engineer.  After basics, Colin Gagon came for a few days and played the piano, and Bob Arellano came for a few days and played lead guitar.  David Pajo played guitar on “Song for the New Breed”, the lyrics for which were written by Dianne Bellino.

The front cover was made by Joanne Oldham.  She had developed a practice of making self-referential symbolic collages, and one in particular resonated with Will as a potential cover for this record.  He asked Joanne to make a new version of the piece, extricating the personal references and leaving only the drawn skull layered over by tissue paper.  Sammy Harkham illustrated the lyric sheets and painted the back cover.  Joe Oldham took the photograph of Will wearing a leather hat.

I SEE A DARKNESS was the beginning of Bonnie Prince Billy.  The credits call the record “a Will Oldham record”.  It’s a singular piece of work masquerading as a collection of songs by an individual recording artist.  After a few years of super-independence, the Palace Records releases were brought back under the Drag City manufacture/distribution umbrella and none was the worse for the journey.