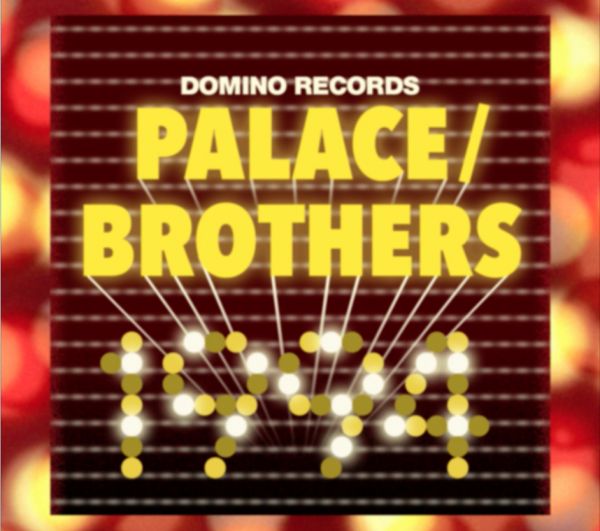 It was a silver age of 7” singles in the early 1990’s.  The third single attributed to a Palace conglomerate was the equine-themed “Horses”/”Stable Will”.  “Horses” was recorded by Steve Good, who has recorded live underground shows in Louisville for decades.  The session took place primarily at a house shared by Bob Nastanovitch, Will Oldham, and Britt Walford.  Photographs from the session show Brian McMahan playing the drums, Walford playing bass, and Todd Brashear playing the lap steel guitar.  Oldham sang and played a rhythm guitar.  Oldham asked David Pajo, who was away from town when the session went down, to overdub an electric guitar part including a ripping solo for the end of the song.  Pajo recorded the solo once and then called Oldham a day later saying that he hadn’t quite understood what was being asked of him the first time; he’d like to try it again.  The songwriting is credited to Timms/Langford.  Oldham heard it on Sally Timms’ solo record SOMEBODY’S ROCKING MY DREAMBOAT and had been performing it for a few years.  Jon Langford has subsequently said that Brendan Croker contributed significantly to the composition.

Hardly a “B-side”, “Stable Will” has a full life of its own.  The song was written mostly by Bryan Rich (under the pseudonym ‘Roy Black’).  The ensemble realizing the song was made up of the Pale Horse Riders with Will Oldham singing lead and playing an electric guitar.  The Pale Horse Riders were a wild and awesome noise group made up of Chris Layton, Bob Nastanovitch, Paul Oldham, and Pete Townsend.  The recording took place in the abandoned old Galt House building in downtown Louisville.  Engineer Eric Stoess had access to the building, which was supposedly haunted by a nun.  Layton smudged the room with sage smoke prior to the recording to keep evil spirits away and warned the others to “just keep playing” if the nun appeared during the session.  The musicians shot bottle-rockets at prostitutes on the street below, which was unfair and hardly laudable.

Towards the end of 1993, Will Oldham found himself in Moscow, staying in the small apartment of Bryan Rich.  Rich was there exploring television reporting and production opportunities.  Oldham and Rich worked out a couple of songs while Oldham was there, and Rich sold Oldham his Marantz stereo cassette recorder for a couple hundred dollars.  Once back in the USA, Oldham continued to work on the set of songs that would be recorded for the second full-length under a Palace name.  Grant Barger had moved to Chicago, and Oldham booked time with Barger to begin recording.  However, things didn’t cohere as they might have (some results ended up on the DRAG CITY HOUR release a few years later), and Oldham retreated to Louisville in frustration.  Todd Brashear had moved to Nashville and was working at a mastering studio.  Oldham began to conceive of the record as an unadorned collection, and furiously rehearsed the songs in hopes of making them fit and function together.  He used the Marantz that he’d bought from Rich (along with the microphone Rich had thrown into the deal) and began recording the record at his folks’ house.  The performances were mostly solo, with the exception of “I Send My Love to You” and “Pushkin”, which featured Paul Oldham on second guitar.  Oldham hauled the Marantz with him when he travelled to Birmingham, Alabama to visit brother Ned Oldham.  There he recorded “No More Workhorse Blues” during a thunderstorm, and “Come a Little Dog”.  On the latter song, overdubbing was made possible (percussion, barking, Jennie Oldham’s flute) by playing the cassette of the original tracking on the Oldham’s home stereo while recording the new parts onto the Marantz.  The record was mastered by John Kampschaefer in Louisville; Dianne Bellino contributed a drawing to the artwork, and the front cover is a photo taken in an Irish pub a few years earlier (on the same trip that yielded the back cover photo from THERE IS NO-ONE WHAT WILL TAKE CARE OF YOU).  Oldham was inspired by the economy exhibited in the artwork for the then-current Royal Trux record, CATS AND DOGS.  Drag City pays artists based on profit-split (no advances), thus it made sense to deliver inexpensive package concepts if one was to hope to make a living from one’s music.  When the record was released, it had no title.  After a few months, a title occurred to Oldham, DAYS IN THE WAKE, and it was applied to subsequent pressings.  The record was licensed to Domino for Europe, beginning a relationship between Oldham and Domino that continues to this day.

DAYS IN THE WAKE was made with somewhat of an urgent desperation, and feelings of fear and loss are abundant in the result.  Will Oldham then felt compelled to oppose such darkness with an expression of gratitude for what he was being allowed to do and make.  He asked Rian Murphy to oversee production of a four-song session at Acme studios in Chicago with Liam Hayes featured prominently on piano and organ.  Four songs were recorded; two of Oldham’s, one Leonard Cohen song (“Winter Lady”) and one song written by Bryan Rich (again under the name Roy Black) and Steve Baker (“Christmastime in the Mountains”).  Technologies were changing, and all of the songs were mixed from 2” tape down to ¼” tape and DAT. The formats have inherently different qualities and in the end, the ¼” mixes of the two Oldham songs were used, while the DAT mixes of the two covers were used.  Oldham wrote two more songs to be recorded in London.  Domino arranged for a session at the Stone Room with Sean O’Hagan playing piano.  Oldham had hoped that Heather Frith, a singer from Bermuda, would be able to sing on the sessions.  She was not available, so Domino introduced Oldham to Brianna Corrigan, formerly of the Beautiful South.  Corrigan joined the session, along with drummer Rob Allum.  Oldham was particularly thrilled to be working in the Stone Room, since the Mekons’ CURSE OF THE MEKONS had been recorded there.  “All Gone, All Gone” and “Werner’s Last Blues to Blokbuster”, both written in Jamestown, RI, were recorded at this session and completed what was then to be the HOPE EP.  Konrad Strauss mastered the record.  The front cover featured a photograph by Nicole Vitello of  boats docked in Essaouira rendered in the vibrant colors of modern color-copying machines.  The back cover was dominated by a photo of Liam Hayes’ magical hands.  There was also a photo of Oldham with Dianne Bellino taken by Steve Gullick.