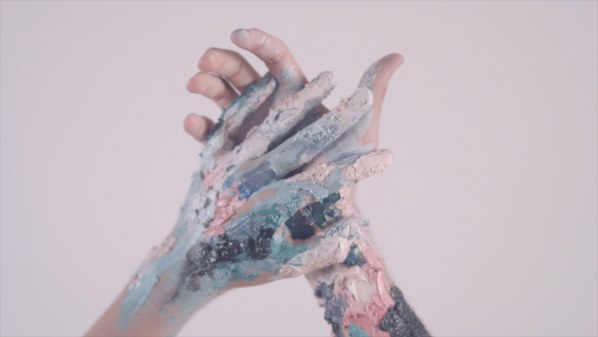 How To Dress Well - aka Tom Krell – shares the visual for Salt Song.  Created in collaboration with renowned makeup artist Kelseyanna Fitzpatrick, the track is taken from his critically acclaimed fourth album, Care, out now.

In Krell’s own words: “When I first came across Kelseyanna’s instagram, I fell in love--- I felt like I had discovered a new lifeform! I am so enthralled by how she basically perverts the rules of her discipline and just absolutely prioritizes beauty and inventiveness over conventions. I feel like her relationship to make-up and my relationship to pop are very similar. What she does to people's faces resonated with me as somehow close to what I wanted to do on 'Salt Song.'”

Watch the video below and read a new interview with Krell now on Dazed Digital HERE.

Care is the next step in the evolution of Krell’s sound, which began with his first critically-lauded album, Love Remains, in 2010 and continued up through his widely acclaimed previous album, What Is This Heart?, released in 2014.  In six quick years, Krell has deftly moved from hazy, bedroom R&B to full-blown alt-pop gems, projecting more clarity and depth than ever before.  Care is an intimate album that goes big, filled with stadium-sized choruses, rollicking guitar solos, vocal tenderness, and Celine Dion-inspired melodies.

How To Dress Well will be hitting the road across Europe and the UK from today.  All dates are on sale now.