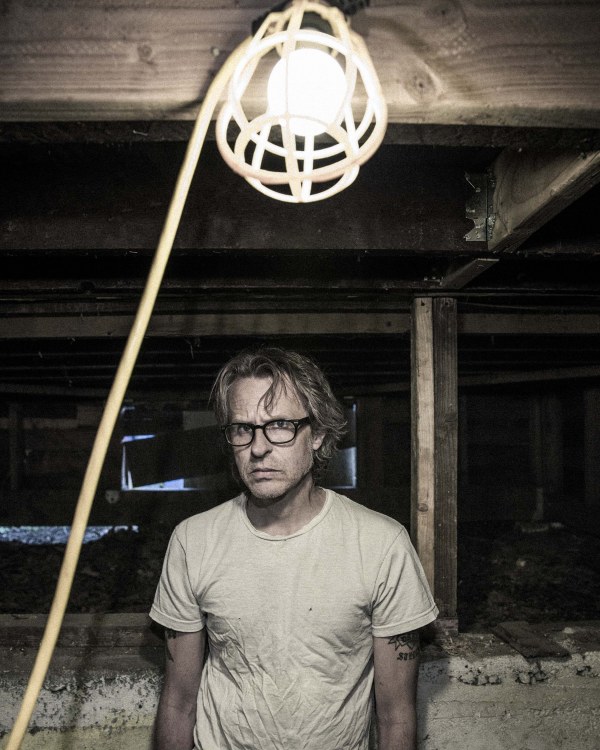 Sam Coomes is probably best known as half of the long running underground pop duo Quasi, the other half being Janet Weiss, herself better known as the drummer for Sleater-Kinney. Alongside bandmate Janet Weiss, Quasi have released nine albums over the last two decades and toured all over the world. Concurrently, Sam Coomes has played and recorded with the likes of Built to Spill, Elliott Smith, Heatmiser and Jandek, worked as a producer and scored numerous soundtracks for underground films and art installations.

In short, he is not a newcomer to the scene, but last year saw Sam Coomes release his first ever solo album Bugger Me.

Bugger Me in Coomes’ own words is “Suicide meets The Beach Boys”. Accompanied only by his organ and ‘Conny’ – a mid-‘60s rhythm box (non-programmable), Coomes made a conscious choice to pare things back. The resulting record was all murky drum machines and gnarly keyboard stabs.

Coomes is now pleased to announce a string of headline UK dates before he joins Black Heart Procession on tour in Europe. The dates include a special Domino Presents show at London’s The Windmill on March 11th where Sam will be joined by Fish and The Sweat.

Additionally, this week, Quasi released a compilation; a protest record entitled Battle Hymns, featuring the likes of Carrie Brownstein, Stephen Malkmus and Kathy Foster (The Thermals) with all proceeds going to Planned Parenthood, The ACLU and 350.org. For more information visit www.quasiband.com

Watch the video for 'Stride On'