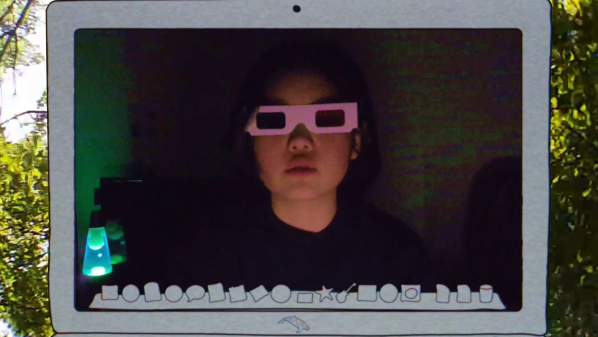 With just under two weeks to go until the release of their eponymous debut album (out 2nd March via Domino), Superorganism today raise anticipation levels even higher by revealing another new song from Superorganism. Titled ‘Reflections On The Screen’, it’s a further example of the band’s acclaimed, idiosyncratic, technicolour pop and is available on all services from today.

‘Reflections On The Screen’ also comes accompanied by a visual you can watch now HERE - you can also stream and download the track now.

Superorganism are a London-based, eight person collection of international musicians and pop culture junkies who formed just over a year ago but have quickly become one of the most hotly tipped new acts around. And on 2nd March 2018, the band will release their highly anticipated debut album. Self-produced, written and recorded in the east London house-stroke-studio-stroke band HQ they all share together (imagine a squat version of the Brill Building, or a lo-fi, DIY take on Max Martin’s Cheiron studio), Superorganism is a spectacularly confident debut record that beams with a sense of wonky fun, a kaleidoscopic riot of sound and visuals. Influenced by the world-building depth of bands like Devo, The Flaming Lips and The Avalanches, Superoganism soundtracks the band’s rapid trajectory from shared house side project to global audiovisual powerhouse and features previous singles ‘Something For Your M.I.N.D.’ and ‘It’s All Good / Nobody Cares’ as well as their current single ‘Everybody Wants To Be Famous’.

Meanwhile, Superorganism take their incredible live show on the road throughout 2018, including extensive UK, European and north American headline tours. The full dates are below, including a London headline show at the 1000 capacity Oval Space on 8th March, with further information available here.