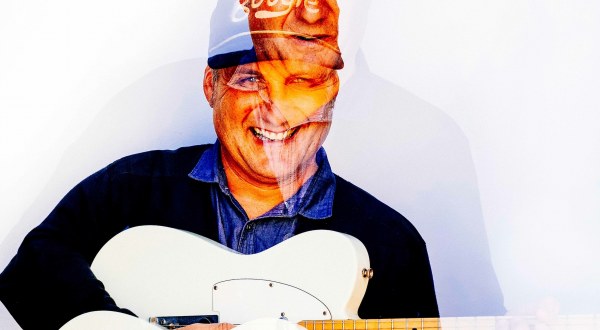 Scott Kannberg, aka Spiral Stairs (founding member of Pavement and Preston School of Industry) releases his new album Doris and The Daggers today.

Kannberg also shares the video for ‘Emoshuns’ featuring vocals from Broken Social Scene’s Kevin Drew. Directed by Joe Salinas, it was filmed in Lockhart, Texas before Spiral Stairs played SXSW earlier this month, Salinas explains the making of the video:

“When I saw a picture of the laundromat I automatically thought of the movie Gummo.  It was located about 50 miles outside of Austin in a small country town which is known more for their BBQ and cowboy boots. We got there and it felt like I had just stepped into a time machine that went back to 1984. The people in the video were actually washing their clothes that night and were watching us the whole time we were filming. I had a great time working with Scott on this video. He didn't ask what my idea was or if I had a plan, he just trusted me to get a little weird.”

Doris and The Daggers is available to buy on deluxe vinyl with bonus tracks, standard vinyl, CD and digital download.