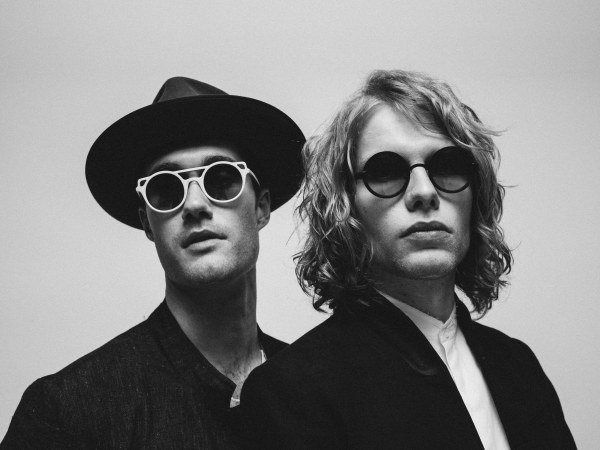 Grammy-winning duo Bob Moses is sharing the new song “Enough To Believe” from their forthcoming album Battle Lines due September 14th on Domino, listen to the track below.

“Enough To Believe” follows “Heaven Only Knows”, which KCRW hails as “classic songwriting with slinky guitar work and an EDM beat,” and the lead single “Back Down” that Earmilk explains, “displays the genius fusion of alternative and trance that Tom Howie and Jimmy Vallance create together. They manage to have this extravagant sound filled with emotion, yet are able to keep control and keep it cool.” Bob Moses also recently shared a special acoustic performance of “Back Down”—watch here.

Battle Linesfollows the band’s acclaimed debut album, Days Gone By, which features their worldwide hit “Tearing Me Up.” The duo recorded the new albumin Los Angeles’ Laurel Canyon, after writing and testing out new material on the road. Inspired by their time playing raves and rock clubs all over the globe since the release of Days Gone By, Battle Lines takes a harder look at the world in which they find themselves.
“This record is about the battles and struggles we all live through,” says the pair—Vancouver-bred, Los Angeles-based Tom Howie and Jimmy Vallance—of the new album. “Battles within ourselves, battles with and within our society, battles between each other, with our loved ones, battles between ideologies. It’s also about struggling to identify where those battles lines start and end, and what within us and within our environments cause these struggles, and ultimately cause our suffering. It’s also about the struggle to reconcile with those things, somehow.”

Battle Lines is available to pre-order now on CD and limited edition colored double LP, as well as digital download, from Domino. All pre-orders from Domino include an instant download of “Back Down” and “Heaven Only Knows.”

The band will tour North America this fall, with the tour kicking off September 21 in Sacramento and further stops in San Francisco, Portland, Seattle, Chicago, Boston, Philadelphia, New York, Austin, Los Angeles, and a headline slot at CRSSD Festival in San Diego. Tickets are on sale now, visit bobmosesmusic.com for more information.