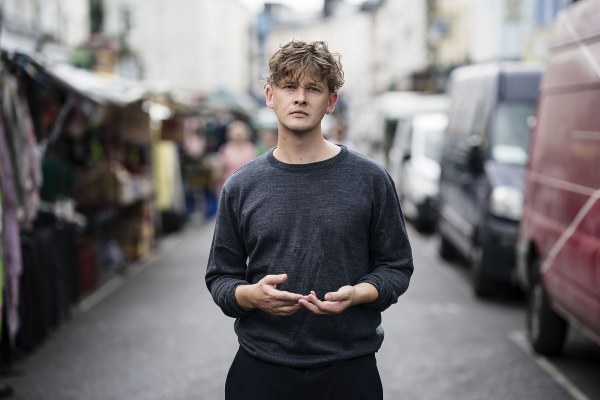 This Friday sees the release of Bill Ryder-Jones brilliant new album Yawn, and today, he unveils the third song from the record, ‘Don’t Be Scared, I Love You’.

Stream ‘Don’t Be Scared, I Love You’ here.

The sonics on ‘Don’t be Scared, I Love You’ grow thunderous and lend to the song the tension of being told those very words by someone experiencing the same storm, under the same sky, in need of the same comfort. And this is true of much of Bill’s song-writing; there’s little concrete reassurance - but look up from the listen and he’s there, putting down the guitar and handing you a shovel to make a start on new foundations once the shitstorm has passed.

Bill adds: “Love this video although I decided to never wear sunglasses again after watching it”.

Listen to the previously shared ‘Mither’ and ‘And Then There’s You’.

Bill Ryder-Jones plays a string of instores around the UK next week, before heading out on tour with Gruff Rhys in Europe. He will play his biggest headline show to date in December at Liverpool’s Central Hall with a full UK tour confirmed for February.